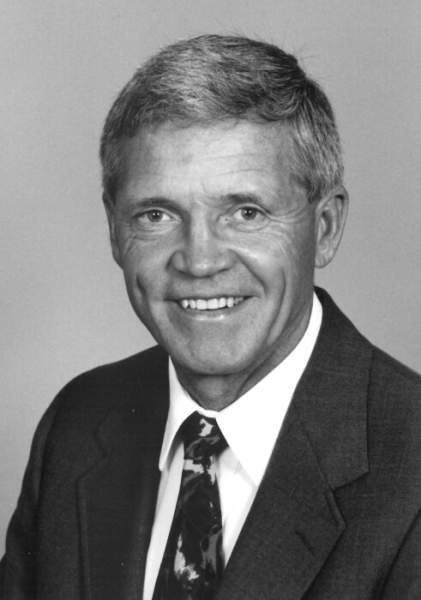 A private family service will be held at 2 p.m., Sunday, November 8, 2020, at Lind Family Funeral Home in Alexandria with Rev. Gary Taylor officiating. Music is provided by Rochelle West and Jackson Heydt. Bill's service will be live streamed from his obituary page on the funeral home’s website. Interment will take place at Geneva Cemetery, Alexandria.

William Lee was born on August 21, 1938, to Warren and Eva (Schroeder) Reese in Marshall, Minnesota. He was baptized and confirmed at the Evangelical United Brethren Church in Marshall. Bill graduated from Marshall High School in 1956 and continued his education at the University of Minnesota, Twin Cities where he earned his Bachelor of Science degree in Agronomy and Soils in 1960. He was united in marriage to Judith Freter on April 14, 1957, at the Little Brown Church in Nashua, Iowa. The couple was blessed with four children. Following his education, he was employed as a sales representative for Agrico in Hayfield. He worked there until 1968 before starting his own business Reese Farm Center, in Hayfield and purchased Lyon Farm Center in Marshall, selling various products to farmers. He sold RFC to Huntting Elevators in 1990. Bill also started a corn ethanol processing business with his brother, Jim in 1979, operating as Reese Brothers, LLC. Bill farmed in the area until 2003 which led to his purchase of Olstad’s Resort on Lake Miltona. He converted the resort to an association, MBRA. Lake Miltona became their summer home. During the winters, Bill and Judy lived in Estero, Florida for many years. In 2018 they moved to Alexandria due to Bill’s health. His hobbies included: taking pictures, flying (owning and operating his own plane), golfing, fishing, hunting, woodworking, traveling, his pets (most recently Spook and Bella), playing and watching sports of any kind. He was a member of the First Presbyterian Church in Hayfield and Bay Presbyterian Church in Estero. He was a former member of the Hayfield Lion’s Club, Flying Farmers of America, School Board member for the Hayfield Community Schools, Duck’s Unlimited, and former president of the Oaks Country Club in Hayfield.

Honorary pallbearers are his grandchildren.

Bill’s family would like to extend a special thank you to the staff at Knute Nelson Hospice and Grand Arbor for their help, support, and words of encouragement.

Memorials preferred to the Alzheimer’s Association and Knute Nelson Hospice.

To order memorial trees or send flowers to the family in memory of William "Bill" L. Reese, please visit our flower store.