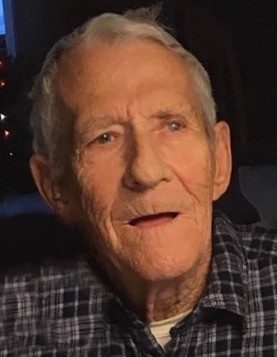 William Neiman, age 85, of Vergas, formerly of Parkers Prairie, went home to Jesus and his wife on Monday, July 31, 2017. He passed away at his daughter's home surrounded by his loving family.

William Junior was born December 2, 1931, to William and Myrtal (Morffit) in Worthing, South Dakota. He grew up on the farm and went to school in Montevideo, MN.  He enlisted into the Air Force in 1951 where he was stationed in England and served as a military policeman. While in the military, William was united in marriage to Geraldine Dyrdahl on September 7, 1953, and together they raised their eight children. He spent most of his life providing for his family by farming near Granite Falls,  and  in 1976  he and Gerry purchased their farm in Parkers Prairie. William enjoyed both summer and winter fishing. He loved gardening with his wife, telling stories, and spending time with his family.

He was preceded in death by her parents; loving wife Geraldine on September 20, 2016; grandsons, Justin and Johnny Thom and Thomas Neiman; and daughter-in-law, Christine Neiman.

To order memorial trees or send flowers to the family in memory of William Neiman, please visit our flower store.
Send a Sympathy Card