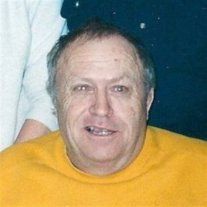 Visitation will be 3-5 p.m., Sunday at Lind Family Funeral Home in Miltona and continue one hour prior to the service at the church.

Wayne William Schultz was born October 23, 1949, to John F. and Evelyn E. (Wilke) Schultz, Sr., in Alexandria, Minnesota. He was baptized and confirmed at Mt. Calvary Lutheran Church in Miltona. He attended Alexandria Public Schools and graduated from Jefferson High School in 1968. Following his education, Wayne worked for R&R Ready Mix in Miltona for nearly 20 years. Wayne moved to Walker where he worked for a cement company until he had a stroke in 1998. Following his stroke, he moved into adult foster care and worked at Alexandria Opportunity Center. He was a member of Mt. Calvary Lutheran Church. He enjoyed his garden, painting pictures and ceramic molds.

Wayne is survived by his three brothers, Marlo (Lil) Schultz of North Bend, Oregon, John (Marie) Schultz and James (Deanna) Schultz both of Miltona; sister, Barb (Glen) Fuller of Pine River; along with many nieces and nephews.

He was preceded in death by his parents; brothers, Marlin Schultz and Gary Schultz; and sister, Marlys Steidl.

To order memorial trees or send flowers to the family in memory of Wayne Schultz, please visit our flower store.
Send a Sympathy Card