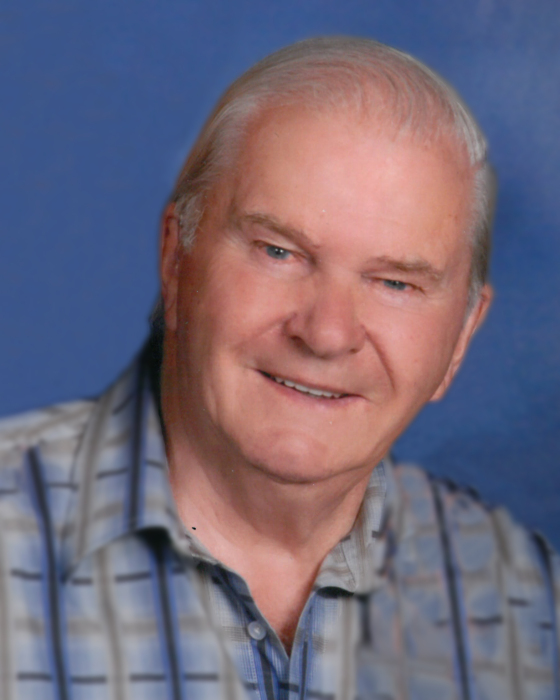 A public visitation will be held from 5-7 p.m., Friday, July 24, at Lind Family Funeral Home in Alexandria honoring all social distancing and strongly encourage wearing a mask.

A private family funeral service will be held at 11 a.m., Saturday, July 25, 2020, at Lind Family Funeral Home in Alexandria with Rev. John LeVahn officiating. Music is provided by Kenton and Benita Lee. Wayne’s service will be live streamed on his obituary page on the funeral home's website. It will also be broadcast on 105.3 FM in the funeral home parking lot.  Interment will take place at Kinkead Cemetery, Alexandria.

Wayne Elroy Lee was born on June 11, 1930, in Ida Township, Minnesota, son of Immanuel “Mano” and Olive (Pedersen) Lee. Wayne was the founder and owner of Wayne Lee Excavation, a regional mainstay for many decades. His business was central to projects such as the creation of Interstate 94 running south to St. Cloud, Arrowwood Resort in Alexandria, numerous area golf courses and commercial/residential enterprises. He eventually sold the business to his nephew, Mark Lee of Alexandria, who has continued to develop it into a flourishing excavation company serving the surrounding area.

Wayne loved his hometown community of Alexandria, commonly referring to it as “God’s country.” He had a lifelong love for the simple beauty in nature. He was equally amazed by the smallest creatures as he was by the majestic lake sunsets. Wayne was a “man of the earth,” bound to the rhythms of the morning dew and the sunbaked soil of midday. He loved to work and create with it all.

Wayne loved to sing. Every day he would break out into spontaneous song. His light blue eyes sparkled with joy as he sang for anyone willing to listen. He imparted his gift and love of music to his children, making sure all received lessons, channeling their own passions and abilities. And later in life, Wayne frequently sang at area churches, and his wife Gloria harmonized with him and played piano for him.

Wayne’s first love, however, was for his Lord Jesus Christ. Whether you met Wayne in the coffee shop, in the gravel pit, or on the backhoe, you were guaranteed to hear within minutes about his very best friend, the Lord Jesus. He was a man with a body built like stone, and a heart softer than any other.

His was a heart of compassion and encouragement. He loved to mentor others in their chosen vocation, and to champion them in their walk with Jesus. When he “smelled” that someone felt failure, he was compelled to revive their soul, to assure them that the sun will rise tomorrow, because the Son had risen.

And that is the place Wayne Lee longed for, Heaven. “Never have I met a man so hungry for Heaven.” This was as true decades ago as it was just this week. In a very real way, July 22, 2020, was the day that Wayne’s greatest dream came true. As he sang and sang for nearly 100 years, he finally gets to see his best friend. Both Wayne and his wife, Gloria, have enjoyed lifelong relationships from two houses of worship in Alexandria, the Assembly of God Church and the Covenant Church.

He was preceded in death by his parents; two brothers, Norman Lee and Marvin Lee; and two sisters, DeLoris Waage, and Arlene Skyberg.

To order memorial trees or send flowers to the family in memory of Wayne Lee, please visit our flower store.
Send a Sympathy Card