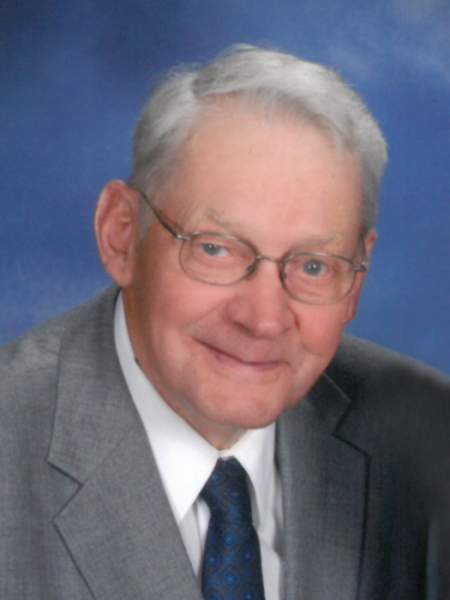 Visitation is 5-8 p.m., Thursday, at Grace Christian Church and will continue one hour prior to the service.

Warren Hartley was born October 1, 1929, to Christopher and Elna (Olson) Carlson on the family farm in Parkers Prairie. He was baptized and confirmed at First Evangelical Lutheran Church in Parkers Prairie. Warren graduated from Parkers Prairie High School in 1947. He continued his education at the University of Minnesota, St. Paul School of Agriculture where he earned his Associates Degree. Warren was united in marriage to Judith Waro on July 5, 1952, at Camden Covenant Church in Minneapolis. They spent a short time together at Camp Atterbury in Columbus, Indiana before he received orders to be sent to Korea. In 1951, he entered military services in the Army with the 64th Heavy Tank Battalion attached to the Third Infantry Division and was deployed to Korea in late August 1952. He served through 1953, and was honorably discharged with the rank of Sergeant. Warren was a life-long turkey grower and crop farmer on the original Carlson homestead established in 1884, growing turkeys, dairy heifers, hogs and geese. In 1961, Warren was one of the first to start irrigating in the Parkers Prairie area and was a founding member of Central Minnesota Irrigators. In 1956, he was a founding member of West Central Turkeys in Pelican Rapids. In 1963, he was a founding member of Feed Producers Association (FPA) in Perham and served as a Director from 1964 to 1975. He was also on the organizing committee to build a new hospital in Parkers Prairie in 1961. Warren was a Director on the Minnesota Turkey Growers for ten years and was also a Director of the National Turkey Growers Association for three years. He served as Director for Production Credit Association (PCA) and Federal Land Bank for 15 years in Fergus Falls. In 1967, he was nominated to compete for the title of King Agisis, along with nine other farmers from Minnesota, based on his prowess in crop and livestock production. Warren was Sunday School Superintendent at First Evangelical Lutheran Church from 1954-1973, a Sunday School teacher, choir member and also served on the church board. Warren served on the Parkers Prairie School Board from 1970-2000, serving fifteen years as chairman. He was also honored with a 20-year school board service award by then Governor, Rudy Perpich. Warren had the privilege of handing all seven of his children their high school diplomas. He was also instrumental in starting Dollars for Scholars at Parkers Prairie High School. He and other board members were involved in the planning and construction of the new additions to the high school and elementary schools. In the eighties he attended auctioneering school and became a licensed auctioneer. Warren thoroughly enjoyed singing duets with his wife, Judy and singing in the men’s quartet, which included Darrel Carlson, Gene Inwards and Kerman Larson, accompanied by Marge Carlson. Warren, Judy and family traveled throughout the United States for family vacations and state and national turkey conventions. The family made many trips to the Minnesota State Fair, where Warren would spend two to three days on Machinery Hill.  Most important to Warren was time spent at many Carlson family gatherings on the Fourth of July and Christmas with his brothers, sister, parents, and friends.  Warren especially enjoyed many times spent on hunting and fishing trips with family and friends.

To order memorial trees or send flowers to the family in memory of Warren H. Carlson, please visit our flower store.