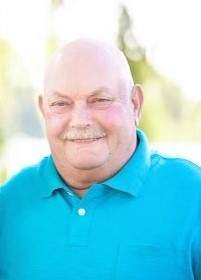 A funeral service will be held at 11 a.m., Wednesday, April 14, 2021, at Esther Lutheran Church in Eastern Township with Rev. Scott Hoecker officiating. Music is provided by organist, Marcia Guenther, pianist, Kara Mather, and soloist, Jean Barbee. Interment is at the church cemetery. Please honor all COVID-19 health mandates, including social distancing and wearing of facial coverings.

Visitation will be from 5-8 p.m., Tuesday, at Lind Family Funeral Home in Parkers Prairie and will continue one hour prior to the service at the church.

Wallace John was born on February 7, 1947, to Bernie and Rebecca “Blanche” (Hirschey) Skoglund in Parkers Prairie. He was baptized and confirmed at Esther Lutheran Church. Wally attended Joy School in rural Parkers Prairie through the sixth and graduated from Parkers Prairie High School in 1965. He continued his education at North Dakota State College of Science in Wahpeton for two years and then Dunwoody College of Technology in Minneapolis for two years earning his Master’s License in HVAC. During his life, he worked as a sheet metal worker and had a city card that allowed him to work in the Minneapolis-St. Paul area. In 1976, he moved to Parkers Prairie to help his dad on the family dairy farm, eventually taking over and purchasing the farm. Wally was united in marriage to Beatrice “Bea” Martinez on April 8, 1978, at Esther Lutheran Church. He left farming in 1997 and returned to his trade until his retirement. Wally was a member of Esther Lutheran Church where he served on the church board. He was also a member of the Snow Drifter Snowmobile Club. Wally enjoyed fishing, hunting, and especially snowmobiling.

He was preceded in death by his parents; brother, Armand; and sister, Lois.

To order memorial trees or send flowers to the family in memory of Wallace "Wally" Skoglund, please visit our flower store.