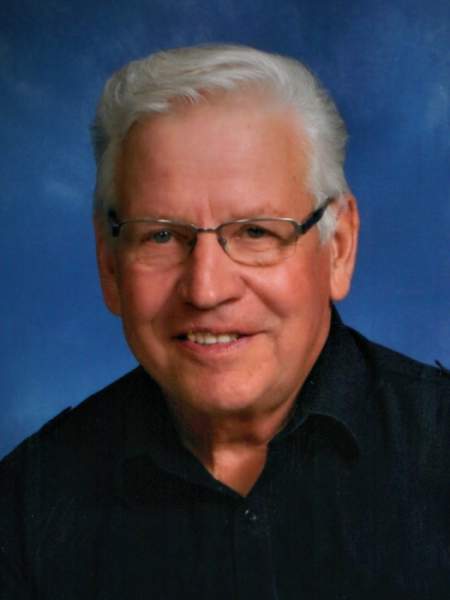 Vernon “Vern” P. Klimek, age 72, a life-long resident of Urbank, died peacefully surrounded by his family on Wednesday, December 20, 2017, at his home.

Visitation is 4-8 p.m., Wednesday at the church with a 7 p.m. rosary followed by parish prayers.  The visitation will continue one hour prior to the service at the church.

Vernon Peter Klimek was born on July 1, 1945, to Alexander and Viola (Koep) Klimek in Parkers Prairie. He was baptized and confirmed at Sacred Heart Catholic Church. He attended parochial school in Urbank and graduated from Parkers Prairie High School.  Following his education, he served in the National Guard for a brief period.  Vern was united in marriage to Evelyn “Evie” Suchy on August 20, 1966, at Our Lady of Seven Dolors Church in Millerville. Their love story began in 9th grade, when they met at a church dance in Millerville. Evie saw Vern across the room, looking handsome in his black pants and green shirt, and told her friends Linda and Kathy, “I want him!” Vern waited until the very last dance to ask Evie to dance. They have been inseparable for the past 51 years, and Vern will always be Evie’s “Buttercup”. They made their home in Urbank, and were blessed with four children, Kenny, Stacy, Nancy, and Rodney.

Vernon, along with his brothers, learned the trade of carpentry from their dad and eventually joined him in the construction business full time.  Vernon worked with his father until his death, and continued the family tradition of Klimek Bros. Construction by training his sons and working side by side with them until his death.  He was passionate about having things done the right way and meticulous in everything he did, whether at work, play or in volunteerism.  Vern was the mayor of Urbank for as long as anyone can remember.  He took great pride in the community and was integral in getting a sewer system into town.  He could often be found mowing lawns, providing snow removal, or trimming trees and shrubs prior to Urbank Days. He was a former member of the Urbank Lions Club and a lifetime member of Sacred Heart Catholic Church.  Vernon was extremely proud to have built the Urbank Parish Hall along with many other beautiful buildings, homes and businesses. The legacy of his amazing craftsmanship and attention to detail will continue on for many years to come.

Vern loved joking around with his grandchildren and attending their sporting events.  He enjoyed going to country music festivals with his family, especially Winstock, for the past 14 years. He also enjoyed hunting trips with his sons and going to casinos with Evie. Vern always had the most organized campsite, could pack a beer cooler perfectly to achieve the coldest beer, and was passionate about building a bonfire just right. One of Vern’s sayings was to “let it go”, he lived his life with integrity and chose not to focus on the small stuff.

He was preceded in death by his father, Alexander; two sisters, Virginia Klimek and Mary Klimek; and brother-in-law, Kenny Suchy.

To order memorial trees or send flowers to the family in memory of Vernon "Vern" Klimek, please visit our flower store.