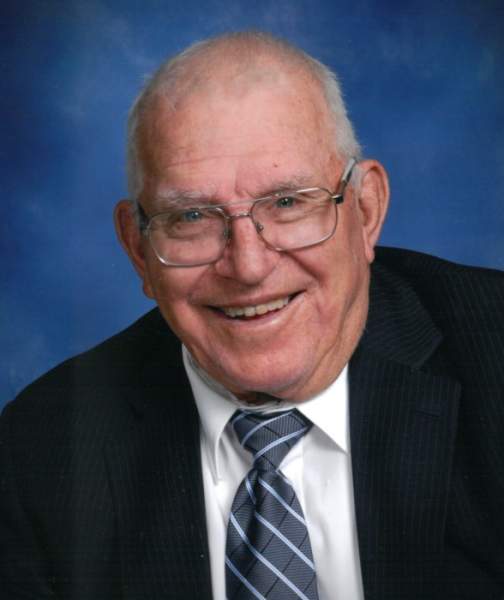 A Mass of Christian Burial will be 11 a.m., Tuesday, January 8, 2019, at Sacred Heart Catholic Church in Urbank with Fr. Peter VanderWeist and Fr. Jeff Ethen concelebrating. Music is provided by organist, Pam Wenzel and the church choir.  Burial is at the church cemetery.

A visitation will be from 4-7 p.m., Monday with a 7 p.m., rosary followed by parish prayers at Sacred Heart Catholic Church in Urbank.  The visitation will continue one hour prior to the service at the church.

Urban John Klimek was born on May 2, 1929, to John and Anna (Loeffler) Klimek at home on the family farm in Leaf Mountain Township. He was baptized and confirmed at Our Lady of Seven Dolors in Millerville.  Urban attended Freske Country School.  Following his education, he took over the family farm.  He was united in marriage to Loretta Roers on September 25, 1951, at Sacred Heart Church in Urbank.  In 1961, he sold the family farm and moved to Effington Township where he continued farming and milking cows. Urban also provided road maintenance in Effington Township for 27 years.  He was a member of Sacred Heart Catholic Church, its church choir, Knights of Columbus, and the Urbank Lions.  He served on the Urbank Co-Op Creamery Board and was the supervisor for the Effington Township for many years.  Urban enjoyed fishing, deer hunting, playing cards, polka and square dancing with his wife.  Spending time with his family was a priority to him.  He will long be remembered for his contagious and jolly laugh that could be heard in any crowd.

To order memorial trees or send flowers to the family in memory of Urban Klimek, please visit our flower store.