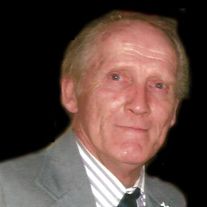 Thomas Melvin Rupert was born on March 19, 1952, to Clarence and Berdine (Johnson) Rupert in Alexandria. He was baptized at the hospital the day he was born and a formal ceremony was held on October 19, 1952, at St. Mary's Church in Alexandria. He was confirmed at St. Mary's Church on April 19, 1964. Tom attended elementary school in Holmes City, Central Junior High, and graduated from Jefferson High School. Following his education he joined the U.S. Marine Corps. Following his honorable discharge he was united in marriage to Kathryn Hagen on June 10, 1972. During his life Tom worked construction and woodcutting. He was united in marriage to Patricia Looker on April 17, 2002, and together they managed T&A Bar & Grill. Tom also worked at Donnelly Custom Molding until a brain aneurism forced his early retirement. Tom was a member of the Forada Flasher Baseball Team and the Viking and Twins Fan Club. He enjoyed playing cards and Yahtzee with family and friends and especially enjoyed beating his sister, "Woody." He loved spending time with his "girls."

Urnbearers are his brothers and sister.

To order memorial trees or send flowers to the family in memory of Thomas Rupert, please visit our flower store.
Send a Sympathy Card