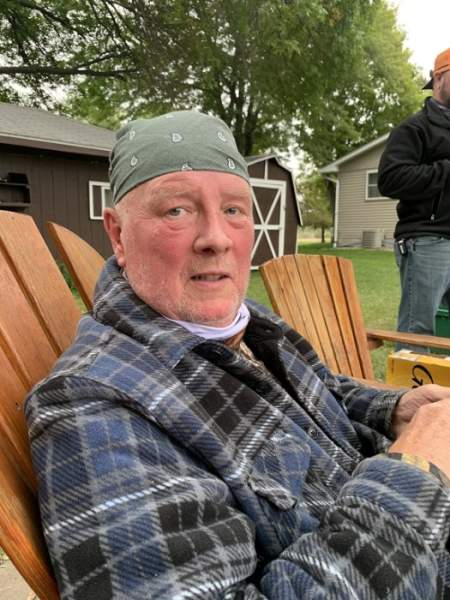 A private family memorial service will be held at 11 a.m., Saturday, December 19, 2020, at Lind Family Funeral Home in Alexandria with Rev. Mark Schwarz officiating. Terry’s service will be live streamed at https://www.lindfamilyfh.com/obituary/TerranceTerry-Hoppe and broadcast live on 105.3 FM radio to cars parked in the funeral home parking lot. Interment will take place at Trinity Lutheran Cemetery, Carlos.

A public visitation will be held from 6-8 p.m., Friday, December 18, at Lind Family Funeral Home in Alexandria. Please honor all COVID-19 health mandates, including social distancing and wearing of facial coverings.

Terrance Lee was born on February 12, 1953, to Ervin and Jeanette (Langhorst) Hoppe in Gaylord. He was baptized and confirmed at Immanuel Lutheran Church in Gibbon. Terry graduated from Osseo High School, Class of 1971. Following his education, he began truck driving for Flame Industries in St. Louis Park. While driving truck, he met his future wife, Carolyn, when he frequented the Wendy’s she worked at in St. Louis Park. They were united in marriage on April 11, 1980, at the Shakopee Courthouse. Together they were blessed with three daughters, Jessica, Rachel, and Kerrie. In 1990, Terry began a new career working as an Engineer in 3-D printing for Stratasys, Inc., in Eden Prairie. While working for Stratasys Inc., he traveled the world and dedicated 25 years to the company. Following his retirement in 2015, and after over 30 years of living in Bloomington, Terry and Carolyn built a home and moved near Lake Carlos. Throughout his life, he enjoyed fishing and hunting.

He was preceded in death by his brother, Craig Hoppe.

To order memorial trees or send flowers to the family in memory of Terrance "Terry" Hoppe, please visit our flower store.