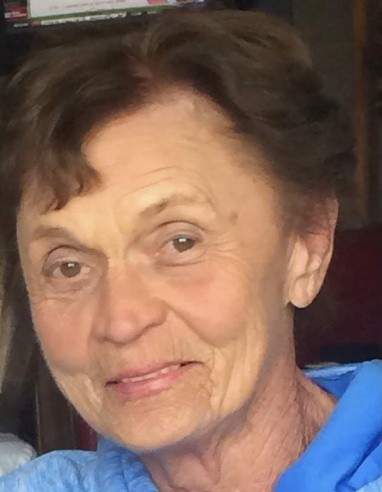 A memorial service will be held at a later date.

Tena Darlene was born on July 22, 1935, to Martin and Tena (Poppen) Wendling in Worthington. She attended Round Lake High School. Tena was united in marriage to Donald Williams. They farmed until 1972 and raised three daughters in Round Lake. She worked at Sather Cookie Co. until her retirement in 1980 and subsequently they moved to their lake home on Lake Miltona in 1992. Together they enjoyed their retirement until Don’s passing in 1995. Tena started the next phase of her life when she met and married Thomas “Tom” Uhde on July 12, 1996, in Miltona. Together they started and operated Miltona Plumbing and Heating and owned a campground in Canada. They also enjoyed traveling extensively throughout the United States and their favorite places included anywhere they could fish and play cards. They also enjoyed sharing a coffee or drink with friends from Canada, Texas, Michigan, Arizona, Montana, and many other places. Tena was a member of Mt. Calvary Lutheran Church in Miltona, a member of the Miltona Lion’s Club and looked forward to activities with the Lion's Gardening Club. She enjoyed fishing, gardening, bingo, drinking coffee and playing cards with friends.

She was preceded in death by her parents; husband, Don; four brothers, Charles, Earl, Lloyd, and Martin Wendling; and sister, Sara “Sally” Roos.

To order memorial trees or send flowers to the family in memory of Tena Uhde, please visit our flower store.