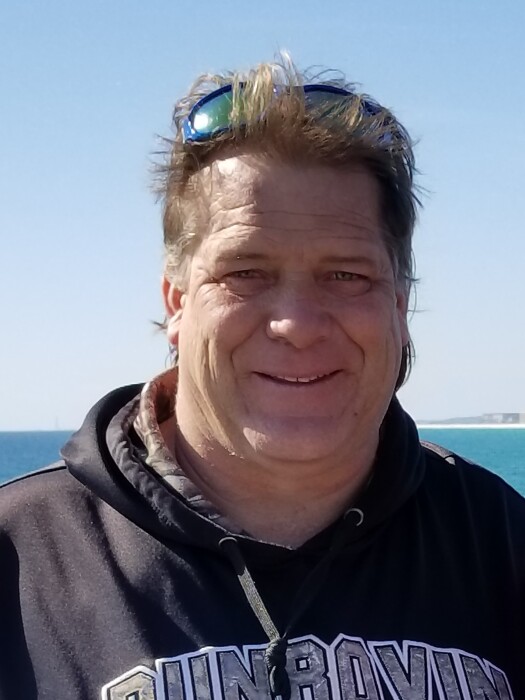 A visitation is 5-7 pm., Monday at Immanuel Lutheran Church and will continue one hour prior to the service.

Scottie Joseph was born on February 7, 1969, to LeRoy and Deloris (Snook) Turchin in Wadena, Minnesota. He was baptized and confirmed at Elmo Lutheran Church. He grew up in Parkers Prairie where he attended public school.  Scott graduated from Detroit Lakes Technical College where he earned a degree in auto body repair.  Following his education, he worked for Midwest Telephone and then for R& R Ready Mix where he drove cement pump truck until recently becoming the manager of the gravel pit.  He was united in marriage to Veronica “Ronni” Looker on September 7, 1996, at Immanuel Lutheran Church in Parkers Prairie.  Scott was a former member of Elmo Lutheran Church and a member of Immanuel Lutheran Church.  He was a charter member of the B.S. & Dirty Joke Club. He enjoyed hunting at a cabin in Butler, fishing and more fishing, and gambling.  He especially loved his grandchildren and dog, Dutchess. He was known by many names including but not limited to Papa Turch, Scottie too Hotty, Sally the Sasquatch, and Father Joseph.

He was preceded in death by his father, LeRoy Turchin.

To order memorial trees or send flowers to the family in memory of Scott Turchin, please visit our flower store.
Send a Sympathy Card