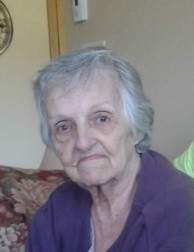 A celebration of life service will be held at a later date.

Sandra Jean was born on November 4, 1941, to James and Joyce (Johnson) Koste in Minneapolis, Minnesota.  She grew up in the Twin Cities, attended public schools and graduated from Robbinsdale High School in 1959.  She was united in marriage to Curtis Hawes at Cross of Glory Lutheran Church in Brooklyn Park. Following their marriage, she stayed at home and raised their three children.  Sandy began a career as an executive secretary with State Farm Insurance following her divorce.  She worked with fire claims in the insurance business and retired after 30 years of service. Following retirement, Sandy moved to live in rural Melrose with her friend, Kathy.  She moved to Alexandria in 2018, to be closer to her son and daughter-in-law.  She enjoyed traveling with her best friend, Kathy and spending time with her grandchildren.

She was preceded in death by her parents, and daughter, Sherry.

Memorials are preferred to Horizon Public Health or Meals on Wheels.

To order memorial trees or send flowers to the family in memory of Sandra Hawes, please visit our flower store.