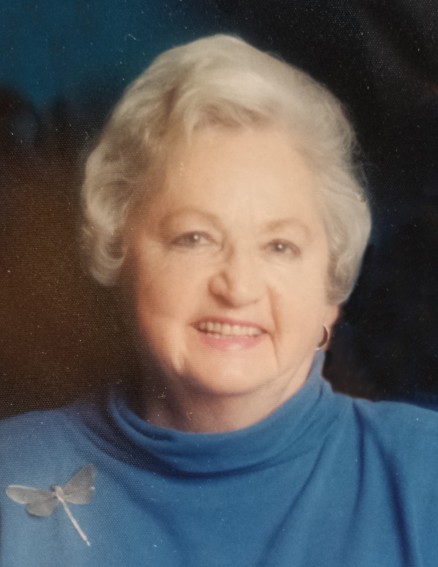 A celebration of life will be held 11:00 a.m., Monday, December 11, 2017, at the Battle Lake Alliance Church with Rev. Derek Mansker officiating.  Music is provided by pianist, Joyce Herbranson and vocalist, Lauren May.  Burial will take place at Wadena Cemetery.  Visitation is one hour prior to the service at the church.

Sally Howe Mudge was born on August 18, 1926, to William and Marie (Northfoss) Miner in Wadena.  Sally attended Washburn High School in Minneapolis, graduating with the class of 1945.  On May 28, 1947, she married Ceylon Arthur Mudge, her junior high school sweetheart.  In 1952, they built a home in Golden Valley, where they raised their children and lived until 1992.  Sally and Art both enjoyed ballroom dancing, and were members of the Aqua Gliders Dance Club for over 30 years. Sally was a gifted porcelain artist, exhibiting and teaching for the Minnesota Porcelain Art Guild and the International Porcelain Artists and Teachers, Inc. She always enjoyed many outdoors activities such as hunting, fishing, and skiing. Her grandparents’ cabin on Blanche Lake was always her favorite summer place, and became the year-round residence in 1992, after Art retired and remodeled it. Sally continued her painting, lake life and spending winters in Arizona with her husband until his death March 1, 2008.  She resided at Lakeview Assisted Living and Good Samaritan in Battle Lake until moving to Alexandria in the summer of 2017.

To order memorial trees or send flowers to the family in memory of Sally Mudge, please visit our flower store.