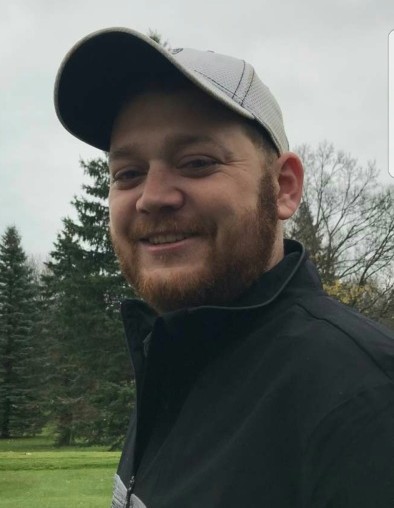 Visitation is 4-8 p.m., Tuesday, with parish prayers at 4 p.m., at Lind Family Funeral Home in Alexandria and will continue one hour prior to the service at the church.

Ryan Lee Beers was born on March 18, 1990, to Stephen and Germaine (Klimek) Beers in Alexandria. He was baptized and confirmed at St. Mary’s Catholic Church. Ryan attended Jefferson High School and graduated in 2008. He continued his education at St. Cloud State for a short time and graduated from St. Cloud Tech in 2013, with an Associate’s Degree in Architecture. During high school and part of college, Ryan worked at Arrowwood Resort in Alexandria at the marina and activity center. He also worked as a desk clerk for various hotels and at Electrolux in St. Cloud. Ryan moved to Grand Forks in 2015, where he worked as a supervisor for a clothing company until he became sick. Ryan enjoyed golfing and earned two holes-in-one. He also enjoyed watching his favorite sports teams which included the Gophers, Vikings, and Wild. He cherished his time with friends as they were a big part of his life. Ryan also loved spending time with his family, especially his nieces and nephews.

Pallbearers are Korey Pedraza, Steve Maloney, Bryant Pearson, Mike Kirscht, Pat Eustice, and Ricky Walberg. Honorary pallbearers are his nieces, nephews, and all of his friends.

To order memorial trees or send flowers to the family in memory of Ryan L. Beers, please visit our flower store.
Send a Sympathy Card