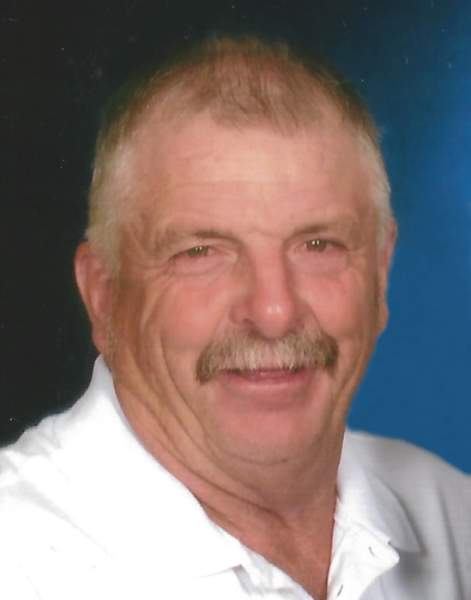 Ronald M. “Ronnie” Koep, age 68, of Parkers Prairie, died on Sunday, August 2, 2020, at his home, surrounded by family under the care of Douglas County Hospice.

A visitation is 4-7 p.m., Thursday at Lind Family Funeral Home in Parkers Prairie concluding with a 7 p.m., rosary and parish prayer service.  Social distancing and masks will be honored.

Mass of Christian Burial is 11 a.m., Friday, August 7, 2020, at St. William’s Catholic Church in Parkers Prairie with Reverend Peter VanderWeyst and Reverend Jeff Ethen officiating. Due to limited seating at the church, the service will be broadcast on 105.3 FM in the parking lot and on the street.  All are invited to the graveside service at St. William’s Catholic Cemetery with full military honors accorded by the Minnesota Honor Guard and Inspiration Peak American Legion Post #527. Please join the family for a time of lunch and fellowship at the Wendelin Koep Baseball Field in Urbank following the graveside service.

Ronald Mark was born on September 25, 1951, to Wendelin and Lorraine (Klimek) Koep in Parkers Prairie. He was baptized and confirmed at Sacred Heart Catholic Church in Urbank. He attended Sacred Heart Catholic School through the eighth grade and public school in Brandon. Ron started hauling can milk at 16, and worked for Rick and Natalie Klein, Urbank Bait and area farmers. Ron joined the U.S. Army and served from 1969-1972. Following his honorable discharge, he returned home and did a lot of fencing for Wesley and Phillip Koep. In 1973, Ron worked for Flax Straw with John Dickey, Kensington Elevator with Roger Klimek, and the Avon Silo Company from 1974-1978.  Ron was united in marriage to Anne Bjerketvedt on May 21, 1977, at Sacred Heart Catholic Church.  Following their marriage, they made their home in Parkers Prairie. Ron worked for Morton Buildings for three years before being laid off, then drove milk truck for Urbank Creamery for three years.  He returned to Morton Buildings where he worked for 30 years and retired in 2013. Following retirement, Ron worked with his son, Josh at Prairie North for two years, Koep Homes for a 1/1/2 years, and odd jobs with his brother, Wayne for a year. He worked for Les Dreger Bullet Lawn Care for the past three years. He was a member of St. William’s Catholic Church and the Millerville American Legion Post #527, for 49 years. Ron was a faithful volunteer, many times behind the scenes, but could always be found at St. William’s Cemetery mowing.

He enjoyed the outdoors, hunting, fishing, and cutting grass. He loved all sports, especially attending his kids and grandkids events. He loved visiting, going for drives, and checking in on friends and family.

To order memorial trees or send flowers to the family in memory of Ronald "Ronnie" Koep, please visit our flower store.