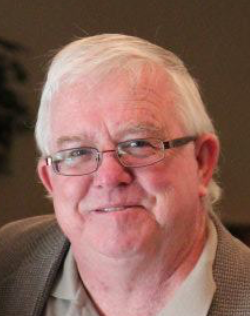 Roger Dale Scott was born on September 5, 1951, to Clarence and Laura (Phillippe) Scott in Marshall, Minnesota, the youngest of nine children.  He grew up in Lynd where he attended public school and graduated from Lynd High School in 1970. Following his education, Roger worked various jobs in the Marshall area.  He was united in marriage to Cheryl Gritmacker on September 18, 1971, at Garfield Lutheran Church in Madison, Minnesota.  Following their marriage, they made their home near the Lynd area.  They moved to Alexandria in 1980, where Roger attended Alexandria Technical College and graduated with a degree in accounting.  He worked as an engineer technician with Widseth, Smith & Nolting Engineering for nearly 30 years.  He was an active member of Berea Lutheran Church which he considered family.  His faith was a high point in his life; his belief in God and his faith that God was in charge was unwavering.  Roger and Cheryl enjoyed car racing together, which included a trip to a Nascar race in Bristol, Tennessee.  He also enjoyed weekend trips to various speedways with his son, Kevin.  He was an avid garage sale bargain hunter, where the thrill of finding unique things and socializing was a joy. He was well known being a prankster, and for his great sense of humor.  Roger’s true passion was keeping up with his grandchildren’s activities, attending as many events as he was able.

He was preceded in death by his parents; four sisters, Irene, Velma, Yvonne and Pat; three brothers, Eddie, Ken and David; and father-in-law and mother-in-law, Harold and Violet Gritmacker.

To order memorial trees or send flowers to the family in memory of Roger Scott, please visit our flower store.