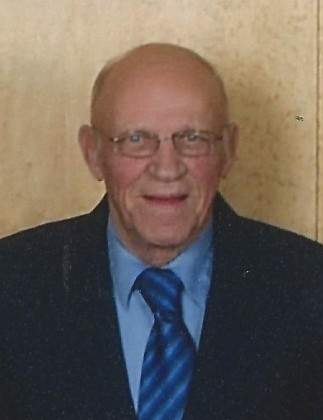 Roger D. Froemming, age 80, of Parkers Prairie, died peacefully, on Tuesday, October 30, 2018, surrounded by family at his home, under the care of Hospice of Douglas County.

A visitation will take place from 4-7 p.m., Sunday at the Lind Family Funeral Home in Parkers Prairie and will continue one hour prior to the service at the event center.

Roger Donald was born on January 2, 1938, to Edwin and Ruth (Zunker) Froemming in Miltona Township. He was baptized and confirmed at Mt. Calvary Lutheran Church in Miltona. Roger attended and graduated from Parkers Prairie High School. He entered the U.S. Air Force and served from 1955 to 1959. Following his honorable discharge he returned home and attended Alexandria Technical College. Roger was united in marriage to Delnora Raap in rural Parkers Prairie. Together they had three sons, Rodney, Gregory, and Roger Allen. They lived in Folden Township and operated a dairy farm. Delnora was diagnosed with Luekemia and died in June of 1973. Roger was united in marriage to Sandra Jane Raap on January 26, 1974, at Immanuel Lutheran Church in Parkers Prairie. Together they lived in Vining and Roger continued farming. He also started working with the ASCS office in Fergus Falls. Roger joined his father and sister in the family painting and wood finishings business, Froemming Fine Finishings. They worked around the Parkes Prairie area in various homes and barns. In 1997, Roger and Sandy moved into Parkers Prairie. He was very passionate about serving his community and spent 22 years on the Folden Township Board and 20 years as an Otter Tail County Commisioner. He also drove school bus for the Parkers Prairie Schools for 23 years. Roger was a longtime member of both the Parkers Prairie Lion’s Club and the Parkers Prairie American Legion. He enjoyed driving, attending meetings and sporting events. Roger also enjoyed fishing and playing cards. He especially loved spending time with his family.

He was preceded in death by his parents; and wife, Delnora.

Urnbearers are his son, Jon Froemming and daughter, Michelle Moske. Honorary urnbearers are Rick and Bev Arvidson and the students from Roger’s Bus #9.

To order memorial trees or send flowers to the family in memory of Roger Froemming, please visit our flower store.