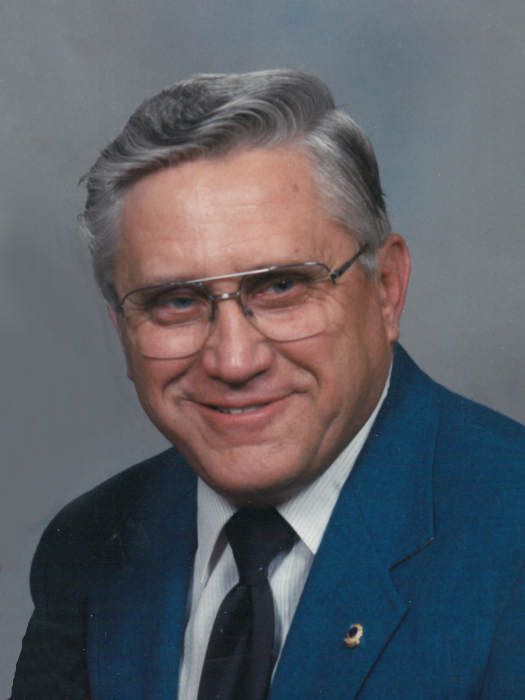 A visitation will be held 5-7 p.m., Tuesday, April 23rd at Lind Family Funeral Home in Alexandria.  The visitation will continue one hour prior to the service at the church.

Robert Elton was born on January 19, 1929, to Vern and Nellie (Nelson) Thompson in Hancock, Minnesota.  He grew up in Hancock where he attended public schools. Following his education, Bob served in the U.S. Navy and was stationed in Key West, Florida.  He met his future wife, Gloria Miller and began writing letters back and forth until they were united in marriage in Key West.  To this union, their first son, Steve was born in Key West.  Following Bob’s honorable discharge in 1954, they moved to Alexandria, Minnesota where their second son, Dave was born.  Bob started working for Morey’s Heating Service and in 1964, purchased the business naming it Thompson Heating/Air Conditioning. He owned and operated the business until he sold to his sons in 1992.  Bob was a member of Bethesda Lutheran Church, Sunrise Lions Club, American Legion Post #87 and Alexandria VFW Post #936. He enjoyed the outdoors and spending time with his boys from the time they were young until his health wouldn’t allow it.  They made numerous snowmobiling trips with his brothers and family and had many fond memories of exploring the woods before trails were formed.  Bob loved to hunt, deer especially while at his hunting cabin up north and pheasant and duck.  He enjoyed fishing and while living on Lake L’Homme Dieu would count the steps to his ice house.  He and his wife traveled to Texas, Florida and Hawaii. Bob especially liked keeping an eye on his boys at the shop.

He was preceded in death by his parents, wife, Gloria in 2005; two brothers, Don Thompson and Dan Thompson; and two nephews, Chuck Thompson and Brad Thompson.

To order memorial trees or send flowers to the family in memory of Robert Elton Thompson, please visit our flower store.
Send a Sympathy Card