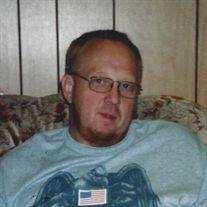 Visitation is 5-9 p.m., Tuesday at Lind Family Funeral Home in Parkers Prairie and will continue one hour prior to the service at the church.

Richard Charles Mittag was born May 10, 1953, to Earl and Goldie (Hertwig) Mittag in Parkers Prairie. He attended Eagle Bend High School where he was active in FFA and graduated in 1971. He continued his education at Alexandria Technical College for Production Agriculture. He was united in marriage to Katherine Anderson April 15, 1972, in Clarissa. The love that they shared also brought two children, Michelle and Mathew. Following their marriage Rick and his family moved to Hoffman and then Elbow Lake where he worked as Spray Operator for Grant County. They returned to Eagle Bend where he was the Fertilizer manager for Eagle Bend Produce Co. Following that he was Location Manager for Pro Ag in Brandon and then transfered to his current position at the Parkers Prairie location. Rick bought his grandfather's property in 1997, and enjoyed farming the land his family had homesteaded and raising his prize cattle. Rick was a member of First Lutheran Church in Alexandria. He served as the Miltona Township Treasurer and was a member of the American Heritage Hunting Club. He was a previous volunteer for the Eagle Bend Fire Department and Ambulance EMT. He was a previous member of the bowling leagues in Eagle Bend and Elbow Lake. Most importantly, the last 43 years of Ricks amazing life were spent working side by side his wife Kathy. Where you found Kathy, you were sure to find Rick standing right beside her. They shared a love only God can explain. Rick loved his family and this will always be known. His children and grandchildren were his pride and joy and he will be so very missed.

He was preceded in death by his father, Earl; sister, Gwendolyn; and sister-in-law, Lorraine Larson.

To order memorial trees or send flowers to the family in memory of Rick Mittag, please visit our flower store.