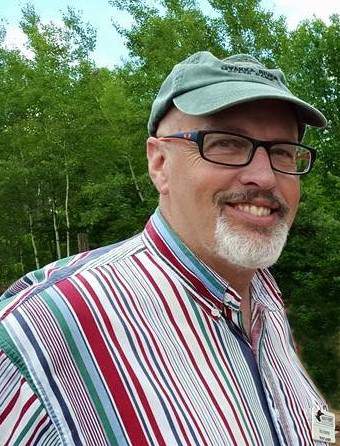 A memorial service will be 11 a.m., Saturday, November 11, 2017, at the Prairie Event Center in Parkers Prairie with Pastor Jeremy Schneider officiating. Music is provided by guitarist, Pastor Bruce Fischer.

Visitation is 5-8 p.m., Friday, November 10, at the Prairie Event Center and will continue one hour prior to the service.

Rick Todd Ackerman was born January 8, 1959, to Richard and Sally (Anderson) Ackerman in Minneapolis. He grew up in Plymouth where he attended public school and graduated from Armstrong High School in 1977. Rick continued his education at Hamline University in St. Paul and graduated with a Business Administration Degree. Following his education he began working as a field sales representative for Cargill and started with Benson Music Group in 1981. He worked there for 15 years ultimately becoming sales manager. Rick was united in marriage to Jody Johnson June 6, 1982, in Wayzata. In 1997, he continued as a sales representative at Continental Bridge in Carlos. He ended his career working from home for Excel Bridge Manufacturing out of California. Rick was diagnosed with early onset Alzheimer’s in 2010, and remained at home with the care of his wife, Jody and dog, Congo. He also spent many hours on his Cub Cadet Lawn Tractor before moving to Ecumen Prairie Lodge in Brooklyn Center in 2016. From an early age, Rick was active in the Boy Scouts and obtained Eagle Scout rank. This runs true in the family as Rick’s father, two sons, and two brothers have also earned this rank. He was a member of the National Eagle Scout Association and New Life Christian Church in Alexandria. Rick loved the outdoors, camping, canoeing, and high adventure trips. He especially found pride in mentoring young boys as they grew into men.

Memorials preferred to Many Point Scout Camp or the Alzheimer's Association of Minnesota.

To order memorial trees or send flowers to the family in memory of Richard "Rick" Ackerman, please visit our flower store.