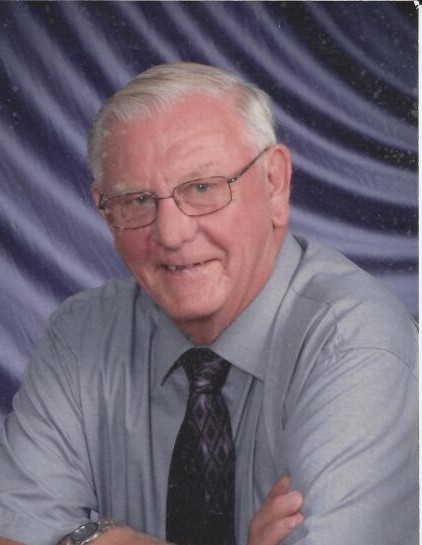 A Mass of Christian Burial will be held at 11 a.m., Saturday, July 10, 2021, at St. William’s Catholic Church in Parkers Prairie with Fr. Peter VanderWeyst officiating. Interment is at the church cemetery. Reception will follow the interment at the Parkers Prairie Event Center.

Visitation is from 4-7 p.m., Friday, July 9, at St. William’s Catholic Church in Parkers Prairie. The visitation will conclude with a prayer service and rosary at 7 p.m. and will continue one hour prior to the service.

Richard Kenneth was born on November 2, 1943, to Kenneth and Elizabeth (Korkowski) Bergquist in Parkers Prairie. He lived on the 1871 Bergquist Homestead his entire life. He attended country school and graduated from Parkers Prairie High School in 1961. Dick continued his education through agribusiness extension courses at Alexandria Technical College throughout his career in dairy farming. Dick was united in marriage to Diane Baumann on April 24, 1965, at St. Raphael's Catholic Church in Springfield. Following their marriage they resided on the dairy farm homestead where they raised daughter, Christine and son, Dirk.

After about 25 years of dairy farming, he decided to mainly harvest crops, and later rent out the land. This gave him time to get into other businesses such as Northside Mini Storage, Cozy Cup Restaurant, and Park Place Wash & Vac. Dick was an active member of St. William’s Catholic Church and served on its board for many years. He also served on the Prairie Pine Mutual Insurance Company Board for nearly 50 years. The Parkers Prairie Lions Club was special to him for several decades because he was able to contribute to the needs of the community in so many ways, as well as make some very special friendships and volunteer with his son.

Throughout his life he enjoyed playing his tuba in several bands, dancing, bowling, fishing, hunting, traveling, playing cards, and four-wheeling throughout the countryside. Watching his grandchildren grow up was very special to him and they kept him busy going to sports activities and orchestra concerts they were in.

Memorials are preferred to the Parkers Prairie Lions Club.

To order memorial trees or send flowers to the family in memory of Richard "Dick" Bergquist, please visit our flower store.
Send a Sympathy Card