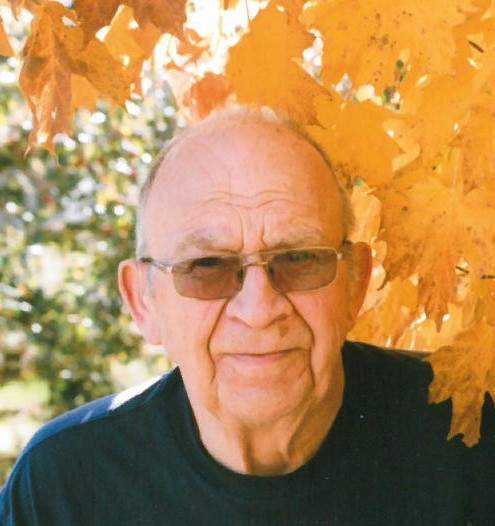 Richard Marvin White was born January 8, 1934, to George and Bertha (Green) White in Old Concord, Minnesota.  He grew up in Almora and graduated from Henning High School in 1951. Following his education, he worked at Rochester Dairy for one year before entering the U.S. Air Force in March of 1952.  He completed basic training in San Antonio, Texas and was stationed at Ellington Air Force Base in Houston.   He completed jet training in Amarillo and eventually was stationed at the Air Force Base in Laredo, where he was a flight line jet mechanic for over three years.  Following his honorable discharge, Richard returned home and continued four years as an Air Force Reservist. He was united in marriage to Carol Grothen on April 15, 1956, at St. Paul’s Lutheran parsonage in West Miltona.  Following their marriage, they made their home in Parkers Prairie, before moving to the Lake Vermont area, spending most of their married life on the north side of Lake Vermont.  He was baptized and confirmed in May of 1956.  He worked at Penrose Chevrolet for ten years, then for Alexandria Extrusion for 29 years.   He was a member of St. Paul’s Lutheran Church, West Miltona where he served as a Sunday School Teacher and Superintendent, Deacon and on the Mission Board.  His hobbies included hunting, fishing, playing guitar, making rugs and yardwork.  He especially enjoyed spending time with his grandchildren and great-grandchildren, whom were the apple of his eye.

He is preceded in death by his parents; two sisters, Gen and Grace; and son, Glen in 2015.

To order memorial trees or send flowers to the family in memory of Richard White, please visit our flower store.