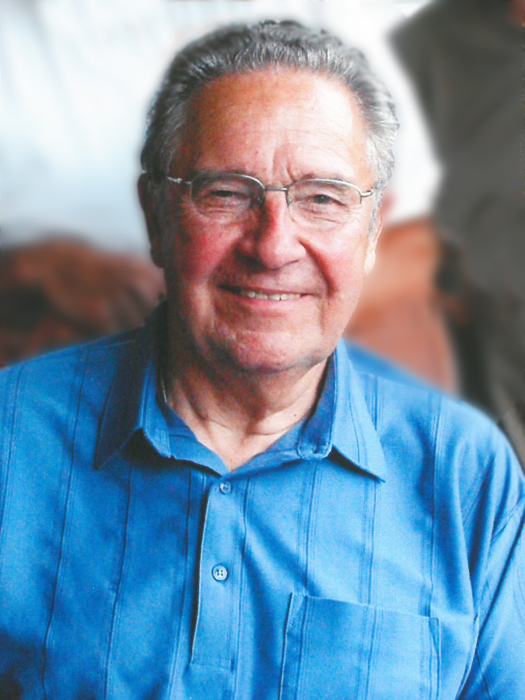 A private family service will be held due to the Covid-19 pandemic. Inurnment will take place at a later date at the Lakeview Cemetery in Battle Lake, Minnesota.

Bud was born on November 19, 1931, in Minneapolis, Minnesota to Eleanor and Sverre “Sam” Peterson and was their only child. Bud graduated from Minneapolis Central High School in 1949. He continued his education at St. Olaf College and graduated in 1954. Prior to his college graduation, Bud married Beverly Hovden in 1953. To this union two sons and a daughter were born; Eric, Kurt, and Kris. Bud served in the United States Army and was stationed in Ulm, Germany from 1954-1956. Upon honorable discharge, he farmed with Beverly’s family in St. James, Minnesota. Beverly died in 1961. In that same year, he was called to the ministry and completed his theological academia at Luther Theological Seminary in 1964. Bud married Nancy Indall in 1962. Throughout his career as a pastor, he served at several parishes in rural Minnesota including Belgrade, Appleton, Alexandria, Buffalo Lake, and Benson. Bud loved the ministry and all of the congregations he served. He was fondly known as “Pastor Pete” to the kids in his churches. He retired in 1996. Upon retirement, Bud moved to the home he built on Clitherall Lake. For several years he served in part-time capacities for several local churches as a member visitation pastor and substitute pastor. He loved living on the lake and puttering in his wood shop. He also enjoyed helping his brother-in-law with fall harvest work. Although Bud was born and raised in the city, his true love was time on the farm, which began when he was a boy spending summers on his grandparents’ farm in Montgomery, Minnesota. Nancy died unexpectedly in 2003. Bud married Lela Beckman in 2004. In their later years, the couple enjoyed various excursions including cruises and trips with friends.

To order memorial trees or send flowers to the family in memory of Rev. Magnus A. "Bud" Peterson, please visit our flower store.
Send a Sympathy Card