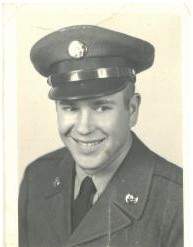 Visitation is 5-7 p.m., Tuesday at Mount Calvary Lutheran Church and will continue one hour prior to the service.

Raymond Henry Stoeck was born November 9, 1930, to William and Ella (Wunderlich) Stoeck in Carlos Township.  He attended Carlos Country School and helped his parents on the farm after his education.  He then joined the United States Army, serving our country for two years. In 1953, Raymond married his sweetheart, Doris Brede at Mount Calvary Church in Miltona. The newlyweds took over his parent’s farm.  Raymond worked for Douglas County Highway for 30 years until his retirement.  Raymond enjoyed dancing, fishing, reading, working on crossword puzzles, summers in the camper and trips to casinos.   He especially enjoyed visiting with friends, but most of all spending time with his children and grandchildren.

He is preceded in death by his parents; and granddaughter, Hanna Stoeck.

To order memorial trees or send flowers to the family in memory of Raymond Stoeck, please visit our flower store.