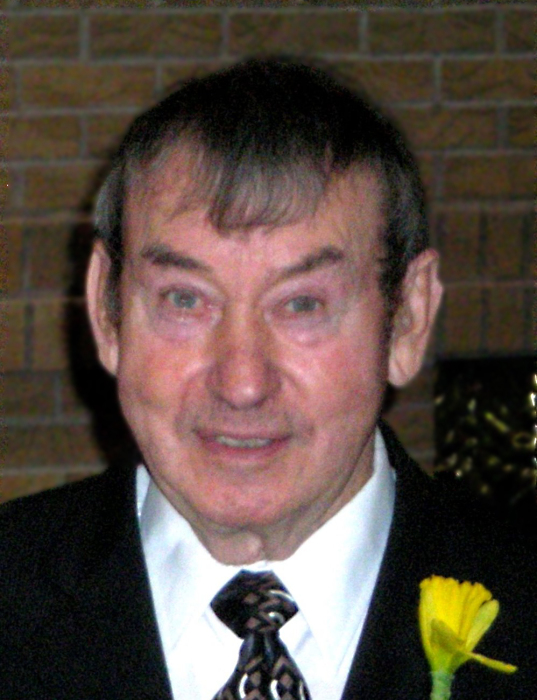 A Mass of Christian Burial will be held at 10 a.m., Friday, May 21, 2021, at Sacred Heart Catholic Church in Urbank with Fr. Peter VanderWeyst officiating. Music is provided by the church choir. Interment with full military honors will be in the church cemetery. Military honors will be provided by Minnesota Honor Guard and the Inspiration Peak American Legion Post #527.

Visitation is from 5-8 p.m., Thursday, May 20, at Lind Family Funeral Home in Parkers Prairie and will continue one hour prior to the service at the church.

Raymond Nick was born on October 13, 1931 to Theodore and Margaret (Koep) Klimek in Urbank, Minnesota. He was the third child of his thirteen siblings. He completed school through the eighth grade and spent his teen years working with his father. Together they operated a truck to haul coal, gravel, milk, grain, and firewood.

At age 18, Ray enlisted in the United States Navy. He was assigned to the laundry on Destroyers and is a Korean war veteran. Ray was proud of his service and told many stories about his time in the Navy and his two world tours. He could recite every port that he visited and often described the anguish of war on a ship. He talked of his development of claustrophobia from being in the bottom of the ship sending ammo up to the gun mounts during nights of shelling.

After his honorable discharge from the Navy in 1956, Ray settled down in Inver Grove Heights, where he married Betty Danelke. They raised five children together. While taking care of his children and his wife, Ray also went on to complete his GED so he could sell real estate. He found a job working at the smoke house at Swift & Co in South Saint Paul and then as a carpenter to help develop the suburb of Cottage Grove.

In 1977, the family moved to the Danelke family farm near Millerville. Ray supported the family by continuing carpentry, raising beef cattle, and selling firewood. He volunteered with hospice caregiving and church council.  Ray was a member of VFW, Knights of Columbus, and the Millerville Legion.

Ray and Betty retired in 1991 and moved to a lake home on Block Lake near Parkers Prairie. By 2000, they gave up their home and began traveling the US, Mexico, and Canada, in an RV. Over the course of eight years, they traveled extensively, including summer trips to Alaska and the eastern provinces of Canada. After travel became difficult, Ray and Betty moved to New Ulm and most recently to the Twin Cities metro area to be near family.

The consistent theme in Ray’s life was his love for family, nature, hunting, driving truck, collections (Tonka trucks) and camping. He also enjoyed playing Whist, Sequence, and Cribbage. He had a love of Chevrolets, especially the 1956 Bel Air, his first car. Throughout his life, he had bursts of creativity with writing poems, painting murals, and building things with scrap wood. Ray loved to stay busy, even involving himself with the Leaf Mountain and Effington Township board and road grading. Later in his life, he enjoyed taking walks, riding his tricycle, cooking, puzzles, and painting. Just weeks before his passing, he was still painting and playing cribbage with a twinkle in his eye.

To order memorial trees or send flowers to the family in memory of Raymond Klimek, please visit our flower store.
Send a Sympathy Card