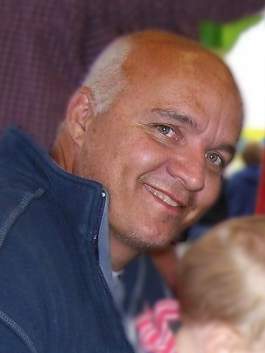 Peter J. Christopherson, age 60, of Alexandria, died peacefully surrounded by his family on Monday, May 24, 2021, at Alomere Health in Alexandria.

A memorial service will be held at 11 a.m., Friday, May 28, 2021, at St. Luke’s Lutheran Church in Garfield with Rev. Dave Gran officiating.

A visitation will be 5-8 p.m., Thursday,  at Lind Family Funeral Home in Alexandria and will continue one hour prior to the service at the church.

Peter Jon was born on November 6, 1960, in Alexandria to Dean and Kathryn (Foslien) Christopherson. He grew up in Alexandria where he attended public school.  Peter along with his high school sweetheart, D’Vee graduated from Jefferson High School in 1979. They were united in marriage on February 10, 1979, just prior to graduation, at the United Methodist Church in Alexandria.  Following his education, Peter worked at G.C.I., in Garfield as a machinist, where he could make absolutely anything. Due to ill health, Peter was forced to retire early.  He enjoyed driving tractor, mowing the lawn, fishing, cutting wood and camping.  Family was his top priority, and his grandkids were always his favorite.

He was preceded in death by his grandparents and parents.

To order memorial trees or send flowers to the family in memory of Peter Christopherson, please visit our flower store.