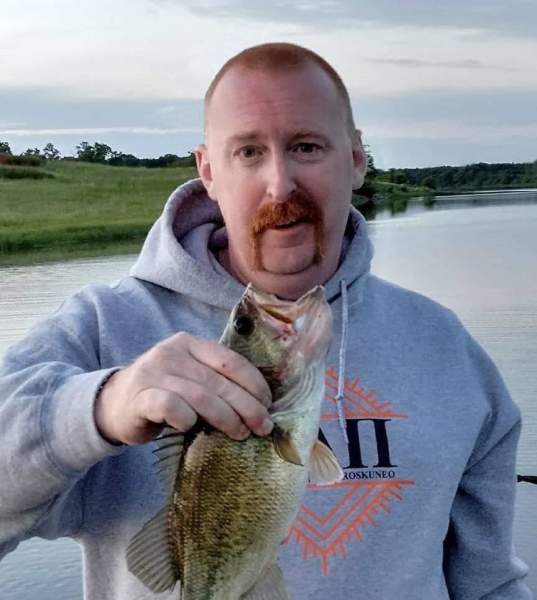 A celebration of life will be held at 11 a.m., Saturday, November 6, 2021, at Grace Christian Church in Parkers Prairie with Pastor John Taplin and Pastor Isaac Karow officiating. Music is provided by Eric and Karen Amundson and Sue Ronning. The service will be livestreamed and can be viewed by clicking HERE. Private family interment was held at Reno Mission Cemetery, rural Lowry.

Visitation is from 4-7 p.m., Friday, November 5, at Grace Christian Church and will continue one hour prior to the service.

Jeremy Michael was born on February 15, 1975, to Marvin and Marietta (Heid) Schneider in St. Cloud. He was raised in Cold Spring, attended Rocori High School where he graduated in 1993. Jeremy continued his education at South Dakota State University where he was working toward a degree in Agriculture. He was united in marriage to Amy Bowles on July 1, 1995, at Kimball Church of Christ. Together they moved to Rochester in 1996, where he attended Minnesota Bible College. In 1999, he began working for Wedge Lumber in Zumbrota. He also worked part time in construction and was involved in building the Steeple Chase Ski Area near Mezeppa. Jeremy was called to be the Associate Pastor at New Life Christian Church in Alexandria in 2005, where he served faithfully until 2017. He was diagnosed with stage four Colorectal Cancer in January of 2015, and yet continued to minister during his treatment. Jeremy and his family moved to Parkers Prairie in 2017, where he became Senior Pastor at Grace Christian Church. Jeremy welcomed his son, Isaiah to join him as a co-pastor in 2020. He loved the outdoors, enjoyed four-wheeling, trapping, and was a passionate hunter. He was an avid bass fisherman; even building his own fishing rods and lures. In his spare time, he helped build his current home alongside both his family and church family. Jeremy loved His Lord Jesus and his life reflected it as he blessed many through his faith.

He was preceded in death by his grandparents; and mother, Marietta on July 4, 2019.

To order memorial trees or send flowers to the family in memory of Pastor Jeremy M. Schneider, please visit our flower store.