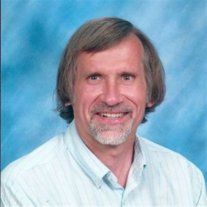 Palmer A. Bettermann, age 58, of Miltona, died Friday, March 1, 2013, at his home, following a brave battle with pancreatic cancer.

Visitation will be 5-8 p.m., Tuesday at Lind Family Funeral Home in Parkers Prairie and continue one hour prior to the service at the church.

Palmer Arthur Bettermann was born September 6, 1954, to Alfred and Marie (Ruckheim) Bettermann in Parkers Prairie. He was baptized and confirmed at St. Paul's Lutheran Church in West Miltona. He graduated from Parkers Prairie High School in 1972. He continued his education by attending DeVry Technical Institute for a year in Chicago, Illinois. Following his education, he returned to the family homestead in Miltona and began working as a self-employed carpenter. Besides working as a carpenter for most of his life, he owned Country Craftsman LLC and created "Palmer's Plant Kandy", a natural fish fertilizer product. Palmer provided care for his mother for over 15 years until she moved into assisted living. He was an active life-member of St. Paul's Lutheran Church, where he served on the church council and was currently treasurer. Palmer was an avid fisherman. He enjoyed ice fishing, goose and duck hunting, bow hunting, ice skating, biking and cross country skiing. He took great pride in his vegetable garden and enjoyed sharing its produce with family and friends.

Palmer is survived by his mother, Marie Bettermann of Alexandria; two sisters, Yvonne (Doug) Hermanson of Alexandria and Phyllis (Floyd) Brannan of Andover; brother, Vincent (Char) Bettermann of Eagle Lake; three aunts, Delphine Freudenberg of Eden Prairie, Verla Ruckheim and Elda Ruckheim both of Parkers Prairie; along with nieces, nephews, cousins and a host of friends.

He was preceded in death by his father, Alfred in 1981 and fiancée, Rhonda Landvick in 2011.

To order memorial trees or send flowers to the family in memory of Palmer Bettermann, please visit our flower store.