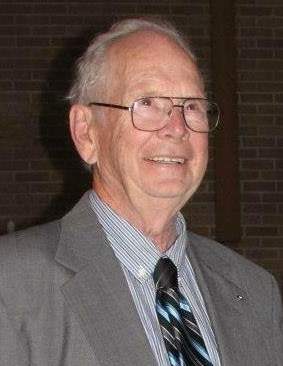 Orvis was born November 10, 1933, in Sibley, Iowa.  He was the son of Ervin and Lillian Jibben and the eldest of 7 sons.  Born in the depression, the family moved many times to follow Ervin’s music employment from 1933 to 1945. They settled down on the family farm in 1945 near Revillo, SD.  Orvis loved his family and being the eldest son, he lovingly provided help to his younger brothers and they often considered him as their leader and father figure.  While growing up, a favorite pastime was playing on the Antelope Valley Baseball team.  The family were members of the Antelope Valley Church, Revillo.  He married Dolores Anderson on July 18, 1954, at St. John’s Lutheran Church in Marietta, MN, and to this union 4 children were born. He farmed successfully for 33 years in the Madison area. With his 8th grade education and with his determined spirit he served as Scoutmaster for Troop 300, was involved in politics and ran for MN State Congress and Senate. Orvis also became a pilot, and real estate broker/home construction builder in the Battle Lake and Fergus Falls area.  Orvis was an avid hunter and fisherman making trips to western states, Canada and Alaska. He and Dolly enjoyed living in their home on Blanche Lake and spent winters in Arizona.  After retirement they moved into their new home in Alexandria where he cared for his flower gardens.  He loved Jesus as his Savior, enjoyed singing in the choir (and on the tractor too), and spread the Gospel through mission trips to Russia and Antigua as well as working with the Gideons.

He is survived by his wife of 63 years, Dolly; daughter, Cheryl (Gary) Kittleson of Faribault; three sons, Daryl (DiAnna) of Rochester, Donn (Tami) of Fort Worth, TX, and Dan (Michelle) of Madison; 16 grandchildren; 20 great-grandchildren; four brothers, Arlin (LaVilla), Jack (Luanna), Richard (Diane), and Dave (Susan); and many nieces, nephews, other family and friends.

Orvis was preceded in death by his parents; and brothers, Jim and Gene.

To order memorial trees or send flowers to the family in memory of Orvis Jibben, please visit our flower store.