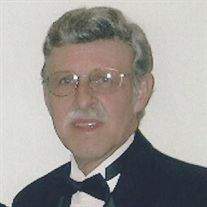 Visitation is 5-8 p.m., Friday at Lind Family Funeral Home in Alexandria and will continue one hour prior to the service.

Ordell Orville Krebs was born September 15, 1939, the only child to John and Rosalie (Ziesemer) Krebs in Alexandria, Minnesota. He grew up on the family farm in Miltona and was confirmed at St. Paul's Lutheran Church in West Miltona. He graduated from Central High School in Alexandria in 1957, and went on to serve in the U.S. Army, stationed in Germany until his honorable discharge in 1959. Dell was united in marriage to Arlene Hoppe in 1961, and worked at Armour Meat Packing in St. Paul for many years. In 1986, he returned to Miltona to care for his aging parents. He met Sue Nolan in 1987, and spent the remainder of his life together with her. Dell retired from Douglas Machine in 2001, after 15 years of service. He was a member of St. Paul's Lutheran Church and a former member of the Eagles. Dell was an avid hunter and fisherman and enjoyed his trips out west. He took pleasure in watching football, dancing and feeding the birds on the farm. He will be sadly missed, but always remembered by all that knew and loved him.

He was preceded in death by his parents; and step-son, Jeff Nolan.

To order memorial trees or send flowers to the family in memory of Ordell Krebs, please visit our flower store.