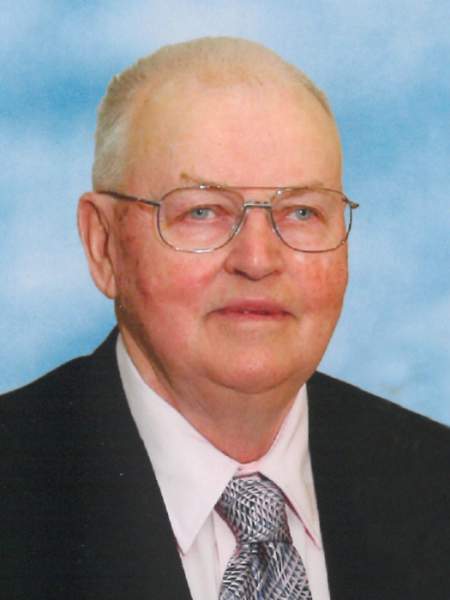 Visitation is 5-8 p.m., with a 6 p.m. prayer service, Tuesday, at Lind Family Funeral Home in Alexandria. The visitation will continue one hour prior to the service at the church.

Norman Fred George Stark was born on November 30, 1929, to August and Emma (Schuneman) Stark on the Emmadale Farm, rural Garfield. He was baptized on December 25, 1929, and confirmed on May 7, 1944, both at St. John’s Lutheran Church in Garfield. Norman attended St. John’s Parochial School and graduated from Central High School in Alexandria in 1949. Following his education, Norman and his brothers helped the neighbors on the farm and during harvest. He enlisted in the US Army in 1951, and was stationed in Germany during the Korean War, where he was assigned to the motor pool division. Norman was honorable discharged in 1953, and returned home. He was united in marriage to Iris M. Schultz on April 29, 1955, at Ebenezer Lutheran Church, rural Leaf Valley. Together they moved onto their farm where they lived their entire life while raising five children. Norman was a loving and caring husband that was very proud of his children and grandchildren.

He was a member of Ebenezer Lutheran Church. Norman previously served on the church council and the Pleasant Grove Country School District 28 School Board. He was a charter member of the Leaf Valley Fire Department providing 23 years of service. Norman was currently serving on Smokey Timbers Foundation Board as a charter member.

Norman enjoyed woodworking, carpentry, and home mechanics. He especially loved farming, farming, and more farming. He was meticulous about everything he did and was known for saying, “Do it right or don’t do it at all.”

He was preceded in death by his parents; brothers, Donald, Raymond, and Clarence; and sister, Myrtle Schultz.

To order memorial trees or send flowers to the family in memory of Norman Stark, please visit our flower store.