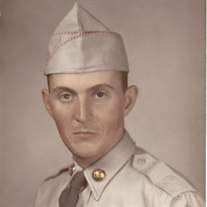 Norman Duwaine Dittberner was born October 12, 1926, to Wallace and Irene (Wodtke) Dittberner in Garfield. He was baptized, confirmed and was a life-long member of St. John's Lutheran Church in Garfield. He received his education at St. John's Lutheran School. He lived in the home where he grew up in Garfield until 2006. Norman served his country, spending two years in Korea with the U.S. Army. He was proud of this honor and was awarded medals for National Defense Service, United Nations Service, Korean Service and Good Conduct. Serving was a way of life for Norman. He worked on the Erwin and Betty Dittberner farm and at the Garfield Creamery. He served as a freeway maintenance attendant, employed by Green View until his retirement in 2005. Norman also served on the Garfield Fire Department and was life member of the American Legion Post #87, and Alexandria VFW Post #936. In 2006, Norman left his boyhood home and moved to Windmill Ponds. He enjoyed his cozy apartment, the meals and socializing with friends. He liked going fishing, watching the Twins and Vikings on television, playing bingo and collecting hats.

He was preceded in death by his parents, Irene and Wallace Dittberner and his first cousin Betty Wodtke Timm.

A special thank you for all those who have given Norman extra love and caring during his life. The family is grateful for all your thoughts, prayers and memorials shared on his behalf. Bless you.


To order memorial trees or send flowers to the family in memory of Norman Dittberner, please visit our flower store.