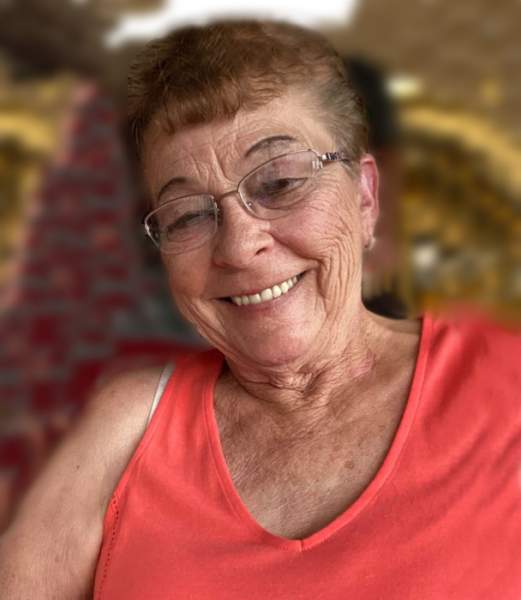 Nancy Lee Wolf was born on August 2, 1945, to Harold and Mabel (Brunk) Wolf in Sheldon, Iowa. She spent most of her childhood on the family’s Wolf’s Resort in Grove Lake, Minnesota. She graduated from Glenwood High School in 1963. She married Mander Lloyd Thompson in February of 1964 at the Glenwood Lutheran Church. The couple raised their two children in Glenwood. Their marriage ended in 1980 and Nancy remarried Donald LeRoy Wichers on August 8, 1981, at the Glenwood Lutheran Church. They continued living in Glenwood before the couple began traveling with Don’s business, Donald’s Tree Stump Removal. After being on the road for many years they finally settled in Garfield where they both lived out their remaining days. In addition to providing secretarial duties for Don’s business, Nancy worked for the Walmart Corp. for over 25 years. She enjoyed fishing, gardening, watching birds, raising flowers, and above all spending time with her kids, grandchildren and great-grandchildren.

She is preceded in death by her parents Harold and Mabel Wolf; husband, Donald Wichers on March 24, 2016; and brother, Rodney Wolf.

To order memorial trees or send flowers to the family in memory of Nancy L. Wichers, please visit our flower store.