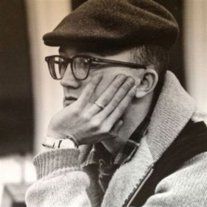 Michael R. Nestor, age 72, of Parkers Prairie, died Wednesday, July 31, 2013, in hospice care at Prairie Senior Cottages of Alexandria, as a result of a series of strokes and vascular dementia.

He was born in Columbus, OH, Dec. 14, 1940, graduated high school from St. Charles Academy in 1958, and attended Ohio University, graduating with a degree in business administration in 1962. He attended graduate school at the University of Minnesota, and entered military service in the U.S. Army in 1963 serving for three years. Mike was assigned to the army security agency as a linguist, studying at the army defense language institute specializing in Serbo-Croatian.

After the Army, he served in finance, but discovered a real love for carpentry and remodeling, managing his own company in Minneapolis for a number of years, before retiring in 2000.

Mike was united in marriage to Sally W. Sawyer, a fellow student at Ohio University, on July 18, 1964, in Columbus, OH. The couple are the parents of two children, Kathleen and Charles.

He had a love for the outdoors, including camping and fishing. He was an avid reader, and grew huge vegetable gardens earlier in life. Later, he enjoyed taking walks around Parkers Prairie, and greeting all of his doggy friends, Casey, Sam, Oscar, and Lucy. He enjoyed meals at the local restaurants, and driving with Sally through the countryside, enjoying the blue skies and rolling hills of the area.

Preceding him in death were his parents, Myron and Helen; his brother, John (Maurine), and his brother-in-law Al Niggemeyer (Margaret).

A private family memorial service will be observed at a later date. The family wishes that in lieu of flowers, donations be given to Parkers Prairie High School and designated for the 8th grade science trip.

To order memorial trees or send flowers to the family in memory of Mike Nestor, please visit our flower store.