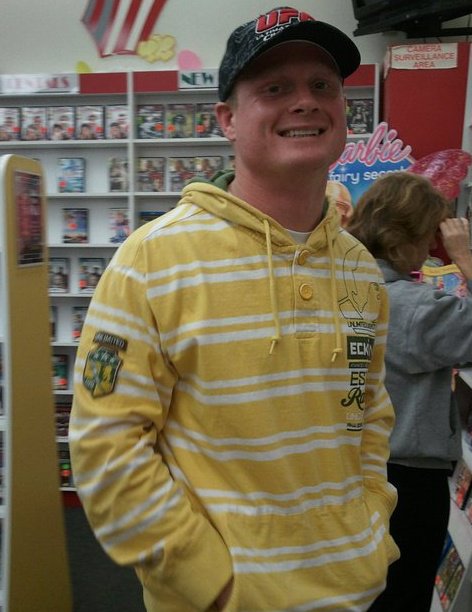 Due to current circumstances, a celebration of life service will be held at a later date.

Michael Gabriel was born on September 5, 1982 to Phillip and Connie (Olthoff) Hermes in Tintah, Minnesota. There is no neat and tidy way to describe Michael. He was a man at war with himself. Life is never easy, but Michael’s path was distinctively difficult. However, he cultivated a love for God, motorcycles, and wrestling that instilled in him a perseverance that he brought to every challenge he faced. He was a master-of-creative wit and had an endless well of humor cherished by everyone who knew him. Michael had a spirit of fierce individuality matched only by his powerful love for God and his community. A passionate pinochle player, fisherman, golfer, and fantasy sports fanatic, Michael deeply enjoyed bonding with those around him in playful ways. He found his calling being a car salesman and could talk just about anyone into anything with his zest, zeal, and excitement for life.

Besides his father, Phillip Hermes and mother, Connie Hermes, Michael is survived by his five siblings, Anthony Hermes, Dominic Hermes, Joseph Hermes, Rebekka Danielson, and Alexis Hermes, all of whom will dearly miss the fun-loving, exuberant personality of their brother.

To order memorial trees or send flowers to the family in memory of Michael Hermes, please visit our flower store.
Send a Sympathy Card