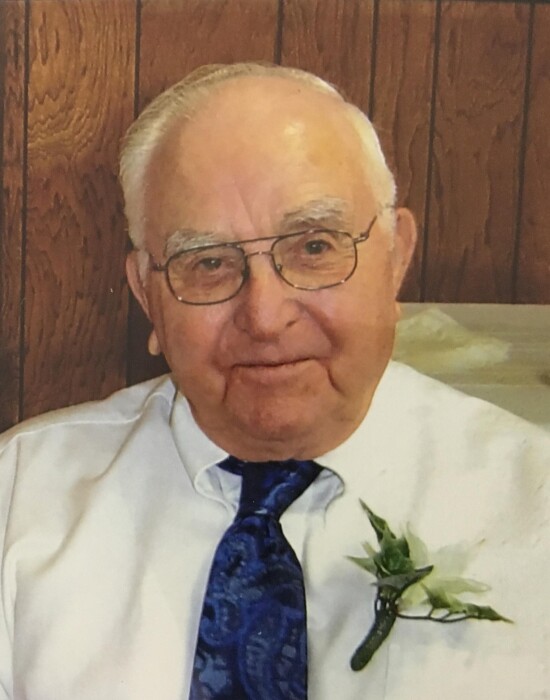 Matthew J. Thoennes, age 101, of Millerville, died on Saturday, June 13, 2020, at his home surrounded by family under the care of Hospice of Douglas County.

A visitation will be on Tuesday from 4-7 p.m., concluding at 6:30 p.m., with parish prayers and Knights of Columbus Rosary at Lind Family Funeral Home in Alexandria. The visitation will continue one hour prior to the service at the church.

Mass of Christian Burial is 11 a.m., Wednesday, June 17, 2020, at Our Lady of Seven Dolors in Millerville with limited seating due to COVID-19, Fr. Peter VanderWeyst officiating. Music is provided by his niece and family, Molly and Jeff Lipke and Logan, Madison and Paige. The service will be broadcast from the parking lot on FM Radio 105.3. Interment will take place at the church cemetery with full military honors accorded by the Minnesota Honor Guard and Inspiration Peak American Legion Post #527.

Matthew John was born on August 23, 1918, to Mathias and Mathilda (Drewniak) Thoennes in Leaf Valley Township. He was baptized and confirmed in the catholic faith. He attended country school and following his education, he farmed with his father, and a local farmer in the area and Red River Valley area. Matthew was drafted into the United States Army during the second World War and spent three and a half years serving his country. He served both in India and Burma and when the war was over, given an honorable discharge as Sergeant. He was united in marriage to Corine Bettin on November 22, 1949, at Our Lady of Seven Dolors in Millerville.  Following their marriage, they farmed together in the Urbank area. In 1995, they built a new home and moved to the Millerville area and Lake Aaron. He took great pride in his lawn and mowed until the age of 95. Upon his retirement, he took up woodworking and built countless pieces of fine furniture. He also became an avid reader and loved card playing at the senior center. Matthew was a member of Our Lady of Seven Dolors. He was also an active member of the American Legion Post #527, since 1984, and the Knights of Columbus as the oldest member of the council. Matthew was a devoted husband and father and his family always came first.

To order memorial trees or send flowers to the family in memory of Matthew Thoennes, please visit our flower store.
Send a Sympathy Card