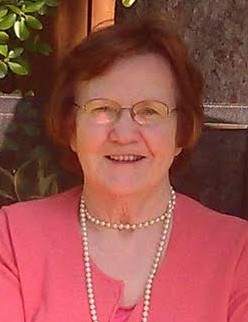 A funeral service will be held at 11 a.m., Monday, April 9, 2018, at Lind Family Funeral Home in Alexandria. Burial is at the Parkers Prairie Cemetery.

Mary Louise (Mary Lou) Sigfrid was born Mary Louise Marden on Holy Saturday April 15, 1933 in Staples Minnesota, and died on Easter Monday, April 2, 2018 at the age of 84. She is now participating, in full, in the resurrection.

She was proceeded in death by her husband Earl Sigfrid, her parents, Luke and Margaret Marden, her seven brothers, James, Kenneth, Philip, Richard, Robert, John and George, and four sisters, Lorraine, Maxine, Betty Ann, and Joan, her grandson Lucas Sigfrid, and her great-granddaughter Hannah Joy Dick.

Mary Lou graduated from Staples High School in 1950 and, after working in Minneapolis for a short time, flew to New York City to marry her sweetheart, Earl Sigfrid in September 1951. They welcomed four children, Diane, Daniel, Joel and Christopher during the first twelve years of their forty year marriage.

Mary Lou made a home for her growing family as she and Earl moved from New York to Spokane, Washington to Phoenix, Arizona, to Minneapolis, and finally, to Andover, Minnesota in 1965. There, together, they bought their first house, welcomed their fourth child, Christopher, and were found by Jesus Christ their Lord and Savior.

She lived her final fourteen years near, and then with, her daughter Diane and son-in-law Steve in Minneapolis, and finally in Duluth, where she died on Easter Monday, April 2, 2018.

To order memorial trees or send flowers to the family in memory of Mary Lou Sigfrid, please visit our flower store.