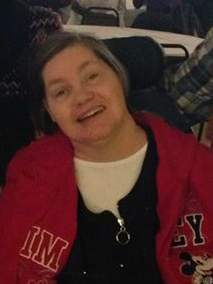 A memorial service will be held at 3 p.m., Tuesday, October 2, 2018, at the Lind Family Funeral Home in Alexandria with Fr. Peter Kirchner, Jr. officiating. Inurnment is at the St. John Nepomuk Cemetery, rural Lowry.

Visitation is two hours prior to the service at the funeral home.

Mary was born on October 25, 1950, to LeRoy and Ella (Myren) Patrick in Alexandria, Minnesota. She grew up in the Alexandria area, attended public schools and graduated from Jefferson High School in 1968.  Mary was united in marriage to Ted Brezina on April 17, 1971, at St. Bartholomew Catholic Church in Villard.  Following their marriage, they moved to Colorado where her husband served in the U.S. Army for several years.  They later settled in the Green Lake and Berlin communities from 1978 – 1993, until moving to River Falls, Wisconsin. Mary moved to live at Knute Nelson in Alexandria in 2004.  She was blessed by the friendship of a volunteer, Rebecca Perdue who assisted Mary with all of her correspondence to family and a multitude of friends.  She was an avid sports fan and enjoyed watching the Minnesota Vikings, Twins or any other game on TV. Mary was a member of the American Legion Auxiliary in Green Lake for over 30 years.

She was preceded in death by her father, LeRoy Patrick; infant brother, Virgil; and stillborn son, Christopher.

To order memorial trees or send flowers to the family in memory of Mary Brezina, please visit our flower store.