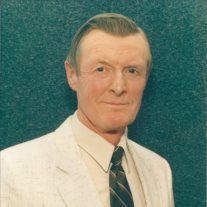 Marvin "Ted" Roy Anderson was born May 9, 1930, to Morrison and Nettie (Goebel) Christensen in Long Prairie, Minnesota. He was baptized and confirmed in Clarissa. He attended District #88, grade school and graduated from Clarissa High School in 1948. Following his education he was a farm hand for Ed Skoglund in Parkers Prairie where he met the love of his life, Ethel. He was united in marriage to Ethel Mae Skoglund November 1, 1952, at First Evangelical Lutheran Church in Parkers Prairie. Marvin served in the U.S. Army during the Korean War as a small arms mechanic, earning the Infantry and Tank Commander, Bronze Star and Medal of Honor. Following his honorable discharge in 1954, he and his wife moved to Colorado Springs, Colorado where he attended Blair Business College and raised their family. Marvin owned Tax Accountants, Papa Jo's Pizza and Anderson Kennel Racing Greyhounds. He was a hall of fame dog trainer and kennel racer which took him and Ethel to Florida, Arkansas and Iowa until their retirement in 1997. They lived in Iowa and Colorado before moving to Parkers Prairie in 2005, where they enjoyed living on Lake Adley. Following the death of his wife, Ethel in 2011, Marvin moved to Middleburg, Florida to live with his son and wife, Bruce and Gina until the time of his death. Marvin was a proud member of the National Rifle Association and Phi Theta Pi Business Fraternity. He enjoyed target practice, fishing, hunting and investing.

He was preceded in death by his parents; sister, Patty; and wife, Ethel.

To order memorial trees or send flowers to the family in memory of Marvin Anderson, please visit our flower store.