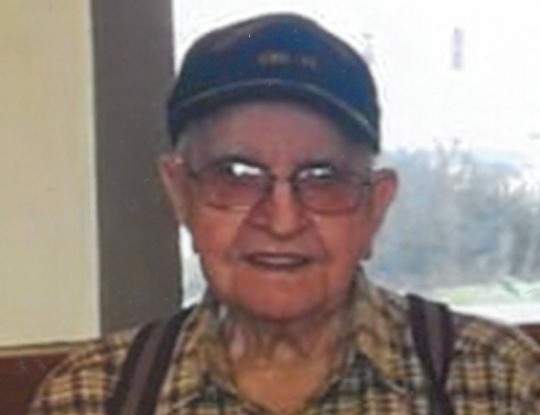 A private family funeral service will be held at 1 p.m., Wednesday, November 11, 2020, at Lind Family Funeral Home in Alexandria with Fr. Steve Binsfeld officiating.  Marty’s funeral will be live streamed from his obituary page on the funeral home’s website and broadcast live on 105.3 FM Radio to cars parked in the funeral home parking lot.

A public visitation will be one hour prior to the service honoring all COVID 19 mandates.

Martin Telesphore Martin was born on February 8, 1927, to Telesphore and Marie (L’Allier) Martin in Bemidji.  He grew up in Bemidji where he attended parochial school through the ninth grade.  Following his education, he helped area farmers.  Marty moved with his sister to San Francisco, California and worked at an airplane manufacturer. He served in the U.S. Navy during WWII, on a fuel tanker stationed in Alaska.  Following his honorable discharge, he returned to Bemidji where he met his future wife, Eleanor Ness.  They were united in marriage on August 2, 1947, at St. Philips Catholic Church in Bemidji. Marty trained in the Twin Cities to become an agent telegrapher with Great Northern Railway, working in Arthur, Emerado, Maza and Minto, North Dakota for 42 years.  While living in Minto, Marty also owned and operated a bike shop in the Depot and worked as a relief police officer.  Marty and Eleanor moved to Alexandria where he opened a bike shop in his home. He was a member of St. Mary’s Church, VFW, and American Legion in Alexandria and the NRA. He was a former member of the VFW and American Legion in Minto, North Dakota. Marty was a coin collector, enjoyed taking care of his lawn, bike repair and in his earlier years, fishing, and camping.

He was preceded in death by his parents; two sons, David and Timothy; daughter-in-law, Carolyn Diane Martin; five sisters; and three brothers.

Marty is survived by his wife of 77 years, Eleanor; son, Michael Martin of Lowry; sister, Mary McMahon of Ottawa, Kansas; daughter-in-law, Fern Myhre of Alexandria; 13 grandchildren; 26 great-grandchildren; along with numerous other relatives.

To order memorial trees or send flowers to the family in memory of Martin Martin, please visit our flower store.