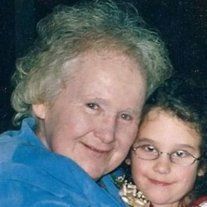 Marlys Mary Kuhne was born September 23, 1936, to George and Esther (Robinson) Kuhne in Miltona Township, Douglas County, Minnesota. She attended school in Miltona and high school in Alexandria. She lived and worked on a family farm in Miltona Township from 1952-1989, where she raised five children, Denise Klein, Diane Davies, Bert Pexsa, Donald Pexsa and Ed Pexsa. Marlys moved off the family farm in 1989, where she relocated to her lake home on Mill Lake in Farwell. Marlys worked at Finger Hut in Alexandria prior to achieving her GED. She continued her education at Alexandria Technical College where she studied and received a degree in Accounting. Marlys worked at Farmer Home Administration from 1990, until her retirement in 2001. She was a former member of the Miltona VFW Auxiliary, and former Sunday School Teacher at Immanuel Lutheran Church in Parkers Prairie. Marlys loved to be surrounded by family. She loved to read books, garden, fish and knit. She loved to play board and card games with her family, and was known as a wiz at Trivial Pursuit and Carrom.

Pallbearers will be her grandchildren.

To order memorial trees or send flowers to the family in memory of Marlys Kuhne, please visit our flower store.
Send a Sympathy Card