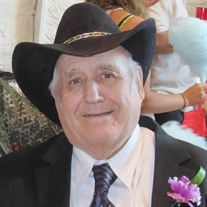 Visitation is 4-8 p.m., Friday, at Lind Family Funeral Home in Alexandria with a 7 p.m., parish prayer service. The visitation will continue one hour prior to the service at the church.

Marlan Tom Hvezda was born August 30, 1936, to Reuben and Elsie (Erickson) Hvezda in Starbuck. He was baptized in 1961, at St. Mary's Catholic Church and confirmed in 1976, at St. John's Nepomuk Church. Tom attended country school through the eighth grade. Following his education he was active in the National Guard for nine years. He was united in marriage to Mavis Kalina June 6, 1961, at St. John's Nepomuk Church. Following their marriage, he worked as a farmhand for Tom Brezina, a plumber for CL Mikelson and as a self-owned milk truck driver. During his working career, Tom also worked for the Soo Line Railroad, Slack's Bridge Painting and custom work silo filling. He farmed and cared for dairy cows, pigs and sheep and retired from farming in 1998. He was a member of St. John's Nepomuk Church and the American Legion Post #253. Tom enjoyed fishing, going to casinos, auction sales, collecting antique lamps, watching Judge Judy and WWF. He had a love for polka music and singing "You are My Sunshine," to his grandchildren, whom he especially enjoyed time together.

He was preceded in death by his parents; parents-in-law, Henry and Bernice Kalina; and brother, Ron Hvezda.

Blessed Be His Memory.

To order memorial trees or send flowers to the family in memory of Marlan Hvezda, please visit our flower store.