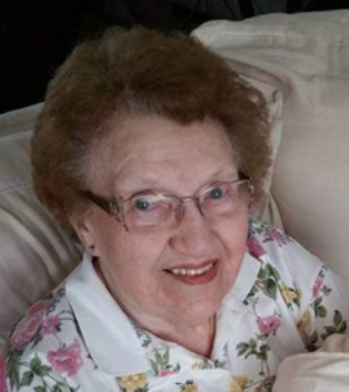 A funeral service is 11 a.m., Saturday, March 7, 2020, at the First Congregational Church in Alexandria with Rev. Kathy Hodges officiating. Music is provided by Margaret Kalina and Patty Kakac.  Burial will take place at Kinkead Cemetery, Alexandria.

Marian Grace was born on January 21, 1922, to Ralph and Mary (Lorenz) Archer.  She attended District 6, Union Lake School and graduated from Alexandria High School. Marian was united in marriage to Ray Hamann on September 16, 1945, at the First Congregational Church in Alexandria when he came home from serving in WWII.  Marian & Ray moved to Florida in 1982, after she retired from the Telephone Company, which later became known as Century Link. She enjoyed crocheting doilies as well as embroidering pillowcases.  Marian was a long-time member of the Lakewood Park United Methodist Church in Florida enjoying their weekly Church lunches and Bible studies. Marian was very active in her Florida community where she also served as Vice President of their community center. In 2017, Marian moved back to Minneapolis to be close to her daughter, Mary Beth.

She was preceded in death by her husband, Ray; parents; and brothers and sisters, Lorenz Archer, Blanche Archer Hamann who was married to Ray’s brother Henry Hamann, Lola Archer Myrvold and David Lowell Archer.

To order memorial trees or send flowers to the family in memory of Marian Hamann, please visit our flower store.
Send a Sympathy Card