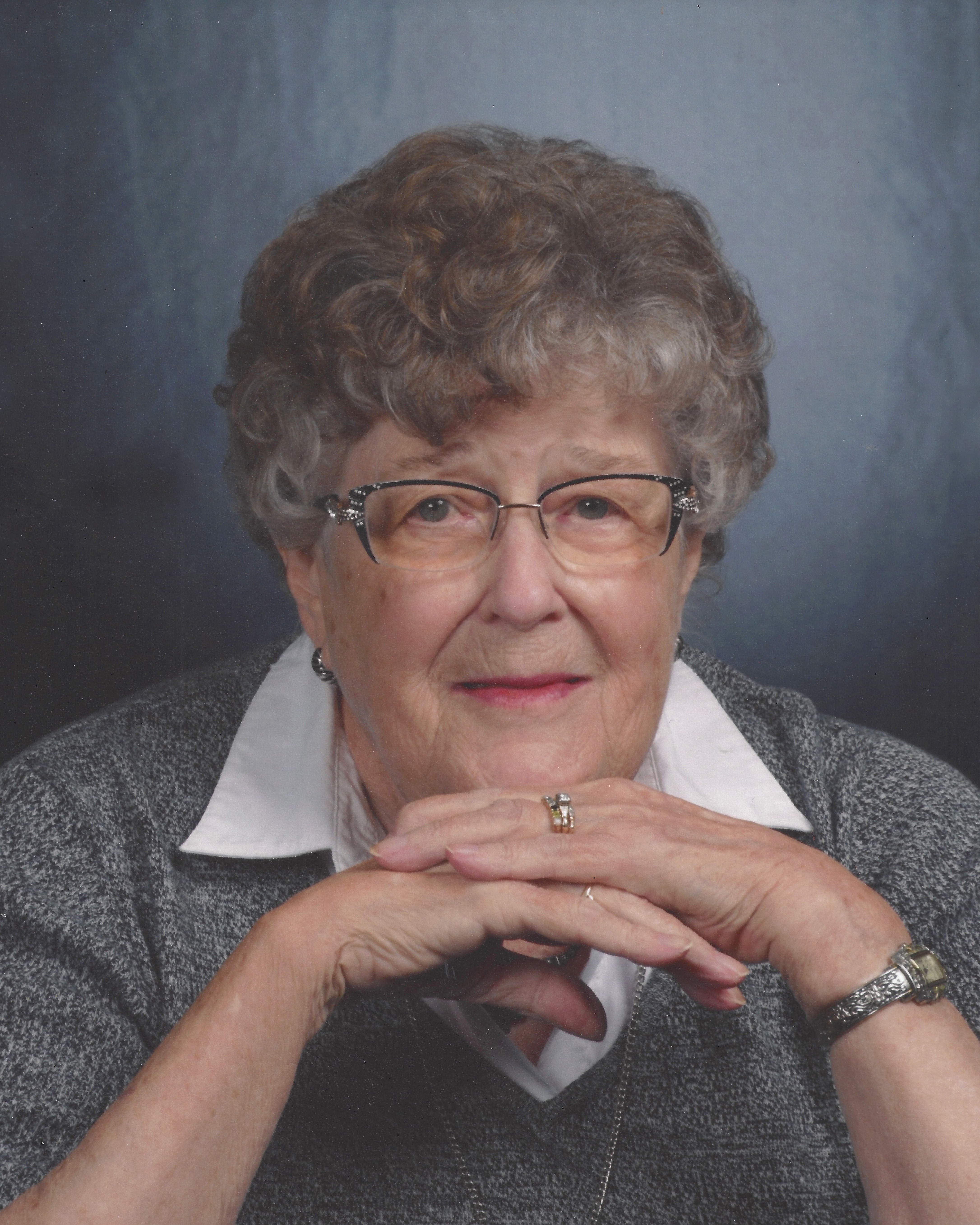 A funeral service will be held on 11 a.m., Monday, November 7, 2022, at First Evangelical Lutheran Church in Parkers Prairie with Pastor Rachel Stout officiating.  Music will be provided by organist, Julie Lindgren and vocalist, Connie Birkholz. Marge's service will be livestreamed and can be viewed on her obituary page on the funeral home's website or by clicking HERE. Interment will take place at Parkers Prairie Cemetery.

A visitation will be held 5-7 p.m., Sunday, November 6, at First Evangelical Lutheran Church and continue one hour prior to the service.

Margaret Elizabeth was born on May 5, 1933, to Harry and Alma (Reed) Inwards in Parkers Prairie. She was baptized on January 4, 1946, and confirmed on May 11, 1947, at the First Evangelical Lutheran Church in Parkers Prairie. She graduated from Parkers Prairie High School in 1951, and continued her education at Macalester College in St. Paul for one year. Marge returned home where she was united in marriage to Darrel Carlson on July 25, 1953, at First Evangelical Lutheran Church.  Together the couple moved to the Carlson homestead where they raised their six children. In addition to raising children, Marge was the head bookkeeper and business manager of the farm and Carlson Trucking. Darrel and Marge enjoyed traveling extensively throughout their life spanning from the Great Wall of China to the Pyramids of Egypt. They had traveled to every continent apart from Antarctica. Among many of her life’s joys, she enjoyed reading, gardening, bird watching, accompanying the men’s quartet, and especially spending time with family.

She was preceded in death by her parents; husband of 65 ½ years, Darrel in 2019; son-in-law, Rafa Elmajri; brothers, Gene Inwards and Keith Inwards; brothers and sisters-in-law, Howard and Teddy Carlson, Warren and Judy Carlson, and Al Butler.

To order memorial trees or send flowers to the family in memory of Margaret "Marge" Carlson, please visit our flower store.