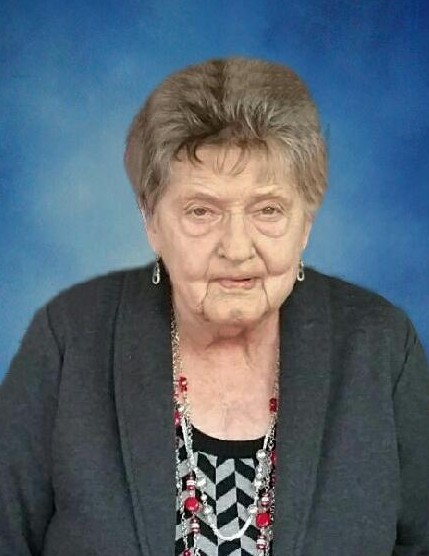 Luetta “Lu” A. I. Thompson, age 83, of Miltona, died Tuesday, December 20, 2016, under the care of hospice and surrounded by family in Dilworth.

Visitation is 5-7 p.m. with a 7 p.m. prayer service, Tuesday at Lind Family Funeral Home in Parkers Prairie and will continue one hour prior to the service at the church.

Luetta Anna Ida Thompson was born on January 22, 1933, to Fred and Ida (Kalpin) Hertwig at home in Miltona. She was baptized at home and confirmed at St. Paul’s Lutheran Church. She attended Country School District #59, through the eighth grade. Lu helped on the family farm. She was united in marriage to Neil P. Thompson on August 5, 1953, in Seguin, Texas. Following their marriage, they lived and raised their children in Moorhead. Lu spent most of her career working at Fairmont Creamery. In 1987, Lu and Neil made their home living and enjoying retirement on Lake Miltona. She was a lifetime member of St. Paul’s Lutheran Church. Lu enjoyed indoor and outdoor flowers, cross-stitching, and playing cards. She especially loved family gatherings where she enjoyed watching everyone fish and swim.

She was preceded in death by her parents; husband; sister, Doris; and brother, Fredrich.

To order memorial trees or send flowers to the family in memory of Luetta "Lu" Thompson, please visit our flower store.
Send a Sympathy Card