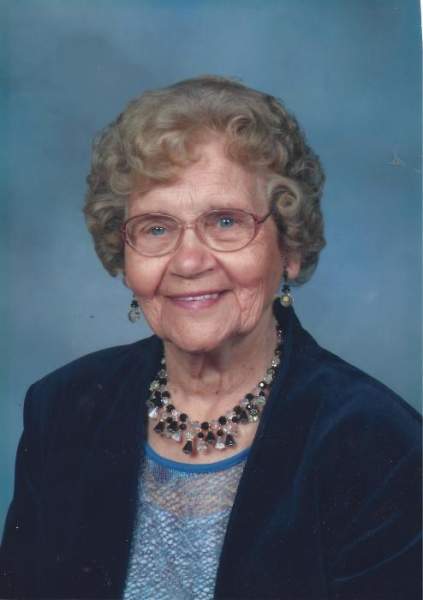 A funeral service will be held at 11 a.m., Monday, July 1, 2019, at Esther Lutheran Church in Eastern Township with Rev. Scott Hoecker officiating. Music is provided by organist, Marcia Guenther and vocalist, Ross Ukkelberg. Interment will take place at the church cemetery.

Visitation is 4-7 p.m., Sunday, June 30, at Esther Lutheran Church in Eastern Township and will continue one hour prior to the service.

Lucille Alice was born on the farm on May 4, 1918 to August and Alice (Engstrand) Arvidson in Eastern Township. Alice, Lucille’s mother, died 13 days after giving birth and Lucille was raised by Mr. & Mrs. James Peterson near Spruce Center. Lucille was baptized, confirmed and married at Esther Lutheran Church in Eastern Township where she was a lifetime member. Lucille graduated in 1936 from Central High School in Alexandria and continued her education to become a teacher. Lucille was united in marriage to Rudy Skoglund on June 5, 1942. The couple had two sons and raised them on the family farm in Eastern Township. Lucille especially enjoyed children.  As a teacher she referred to her students as, “my kids”. She was very active in her church; teaching Sunday school, assisting the pastor with services, and sang in the choir and for 12 years.  Lucille had many interest including writing poetry, public speaking, and traveling. She was also philanthropic with her time by helping widowed spouses and individuals with physical and mental disabilities.

To order memorial trees or send flowers to the family in memory of Lucille Skoglund, please visit our flower store.