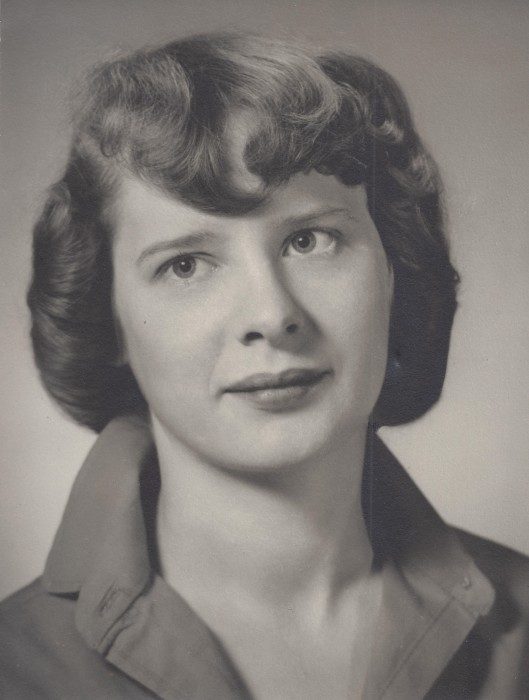 A private memorial service was held at  the Lind Family Funeral Home in Miltona with Rev. Rachel Stout officiating. Music is provided by organist, Kevin Lee and soloist, Dedra Zwieg.

Lu Belle Brainard was born on February 8, 1934 to Albert and Sarah (Dill) Brainard in Glenwood, Minnesota. Lu and her 5 silblings grew up on a large plot of land outside of Glenwood. Her dad raised any and every animal that could bring in money for the large family. She graduated Glenwood High School and went on to get a teaching degree at Moorhead State University. Following graduation she taught at Benson, Ivanhoe, and Bertha Public Schools. Lu was united in marriage to Gene DeMartelaere on October 22, 1960, in Porter, Minnesota. Following their marriage they lived in Ivanhoe where she taught school. They moved to live in rural Miltona in 1965, where she continued teaching in Bertha until 1969, when she retired to raise her family. Her hobbies included raising registered Cocker Spaniels and Beagles, along with many other animals. She also enjoyed gardening, both flower and vegetable, painting, and was an avid bird watcher.

Lu was a former 4-H leader of the Spruce Hill Rangers and a member of the American Kennel Club.

She is preceded in death by her parents; daughter, Desi Kloos; brother, Aaron Brainard; and sister, Virgiline Lindquist.

To order memorial trees or send flowers to the family in memory of Lu DeMartelaere, please visit our flower store.
Send a Sympathy Card