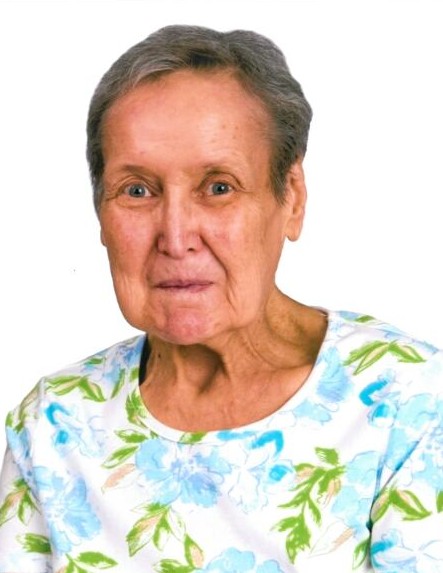 A private family service will be held at 11 a.m., on Tuesday, November 24, 2020 at Lind Family Funeral Home in Alexandria with Fr. David Petron officiating.  The services will be live streamed on Loretta’s obituary page on the funeral home’s website and announced on Radio FM 105.3, to cars parked in the parking lot.

The Minnesota state mandates will be honored for the safety of all, including facial coverings, and social distancing.

Loretta Agnes was born on October 14, 1937, to John and Emma (Peloquin) Downs in St. Paul, Minnesota.  She grew up in St. Paul where she graduated from high school.  Loretta was united in marriage to Anthony “Tony” Laumeyer on May 24, 1958, in St. Paul.  They lived and worked in the Twin Cities and were blessed with six children. In addition to raising her family, Loretta worked several jobs including, the American Hoist & Derrick, King Foods, Model Cleaners and at a local bank. They moved to rural Long Prairie in 1976, where they bought and ran a dairy farm for 20 years. Loretta also worked at Lanz Lenses in Long Prairie until retiring in 1995. Following her retirement, she especially enjoyed caring for her grandchildren. Following the death of her husband, Tony in 2016, she continued to live on the family farm.  In 2018, Loretta moved to live with her son, Timothy, Oksana and their family, until later that year, due to failing health, she moved to Galeon.  Loretta was active in her earlier years, in the Dairy Queen Bowling League, Moose Club, Osakis VFW, Immaculate Conception Church, and the Cottage Grove Snowmobile Club.  She enjoyed reading, puzzles, and bowling.

Urnbearers are her grandchildren.

To order memorial trees or send flowers to the family in memory of Loretta Laumeyer, please visit our flower store.
Send a Sympathy Card