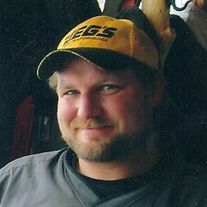 Visitation will begin at 12 noon Friday and continue until the time of the service.

Lonny Jason "Lon" Pince was born January 31, 1976, to William and Judith (Johnson) Pince in Saint Paul, Minnesota. He grew up in South St. Paul where he attended public schools. He was home-schooled by his parents from the ages of 11-13, while they sailed the Caribbean Islands. Following his education he worked construction in the St. Paul area. He was united in marriage to Robin Bennis August 23, 2002, in Stillwater. Following their marriage they lived in Herman for six years while he worked at Culligan Water in Elbow Lake. They moved to Parkers Prairie in 2008. Lon worked with Brent Estes with B & L Motor Works in Parkers Prairie and later as a self-employed mechanic at his home. He was a member of the N.R.A., and loved riding and repairing motorcycles. He enjoyed cooking and time spent with his family. He was an awesome
father and loved dirt biking and fishing with his children. He will be greatly missed.

He was preceded in death by his maternal grandparents, Donald and Gloria Johnson and paternal grandmother, Elsie Johnson.

To order memorial trees or send flowers to the family in memory of Lonny Pince, please visit our flower store.
Send a Sympathy Card